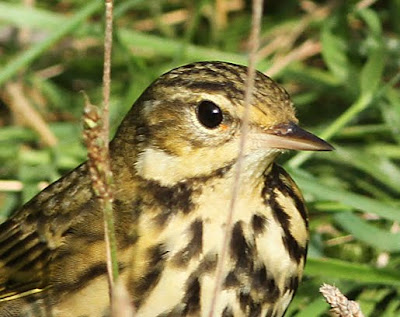 After a very long sleep in I decided to make my way to Stiffkey. Beautiful sunny day and the car is running smoothly, which it should do after all the money spent on it, BUT now the radio has gone all fuzzy!!!

As I pulled into Stiffkey Campsite Carpark, I was very lucky and got a space after 5 minutes of waiting, when someone left - other cars were parked up along the approach track.

The walk out across the mudflats/marsh was extremely slippery - I wasn't bothered about getting muddy, but was bothered about falling with all my camera gear. I made it there without falling over! The sueda bushes on the ridge looked exciting and there were a good number of birders here. For quite a while all I saw of the Olive backed Pipit was flight views. I got VERY, VERY lucky later on when I stood just inside the bushes next to another couple and the man said look its coming down the path towards us - the said path was no more than a few inches wide - suddenly it came out of that little path right in front of us in a tiny flat area of grass and my camera was clicking away with joy!!! Watched the Olive backed Pipit at 2.30pm - very striking bird - it crept and ran, fascinating to watch (see pictures). Also here a Common Redstart, chiffchaffs, goldcrests, robins, reed buntings, redwings and a Reed Warbler (see pictures). 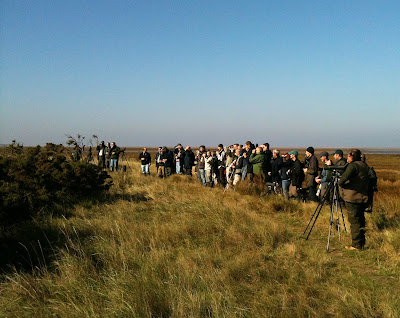 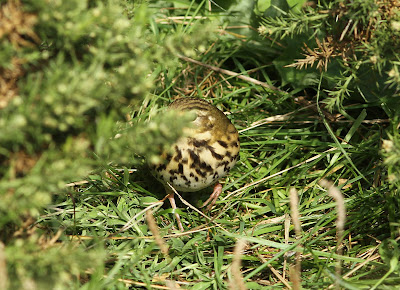 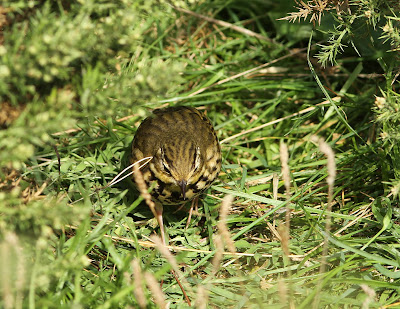 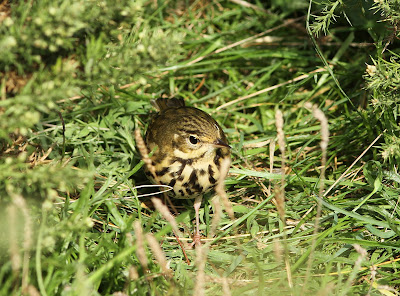 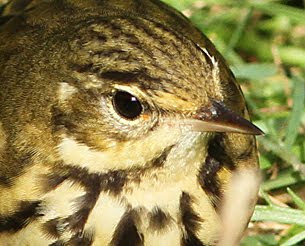 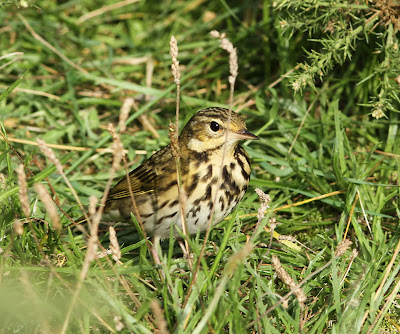 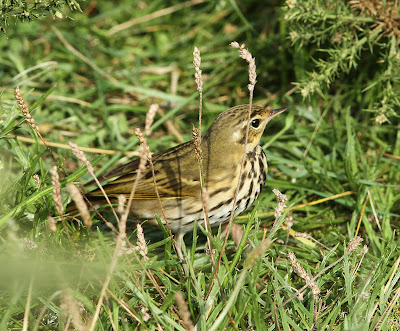 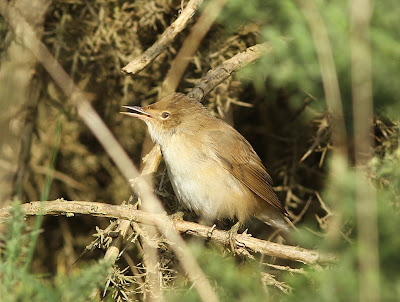 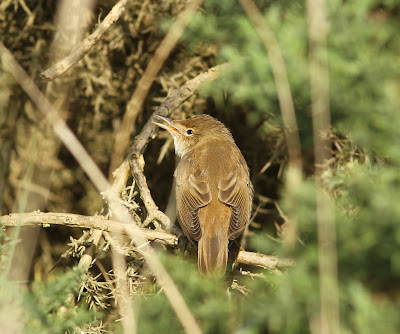 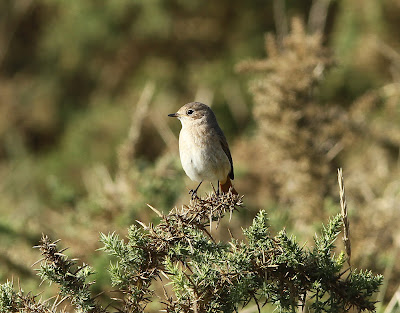 East Hills looked exciting in the distance - its my mission to go there this week, whatever it takes - anyone want to escort me out there please?

Walked back with Andy Wilkinson and Justin and Sonia Lansdell. I did manage to half fall over on the way back, only because I took Andy's hand to assist me over a deep, muddy dyke - fortunately I only got a tiny amount of mud on camera rucksack - I was of course muddy all the way up to my backside! Back at the car, Justin's pager bleeped up with MEGA - OLIVACEOUS WARBLER, Wells Wood. Off we all went!

On route near the Seat where the path bares left, were a Brambling and a Common Redstart and further along a stunning male Redstart. 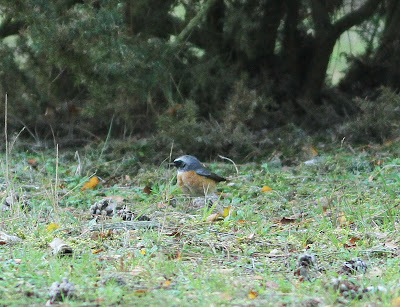 The finder who ever it was, left - story goes that he was with his family - wife + child in pushchair. Unbeknown to myself, Andy Wilkinson, Justin and Sonia Lansdell, Dave Holman and others, he passed us on route, we realised later!!! A lady birder who Justin knew said she stopped to ask a birder coming away and he explained he was the finder and had to go because of his family (for whatever reason?). Very strange that he did not speak to any other birders as several of us passed him!!!!!!

I found out that it was initially phoned through to birdguides, so phoned them and spoke to someone who kindly gave me the same directions as we already had - also that the finder thought it was a Western Olivaceous. It was one of the most frustrating, disappointing twitches I have been to and ALOT of birders were understandably not very happy

It would have been very helpful if he had been able to wait for ONE birder to arrive before he left, especially being as it was a first for Norfolk!!!!!!

Congratulations to the finder, who ever you are and yes, you phoned it through, BUT directions in Wells Woods is difficult enough anyway without trying to find two fallen trees in a V shape with a path going through them!!!