NORFOLK BIRD NEWS AND UK MEGA'S POSTED DAILY, PHOTOS, BIRDING AND MORE! MY 11th YEAR ANNIVERSARY 2021!
Ring RARE BIRD ALERT with your sightings to: 01603 456789 or Hotline: 0207 0382820 or Text: 07520 634324
Norfolk Bird News & Megas via The Rare Bird Alert Website – Subscribe To RBA For Detailed News & Much More!
OVER EIGHT MILLION VIEWS! If you would like to advertise here, as CleySpy and Oriole Birding have done,
please contact me at [pennyclarke@talktalk.net] 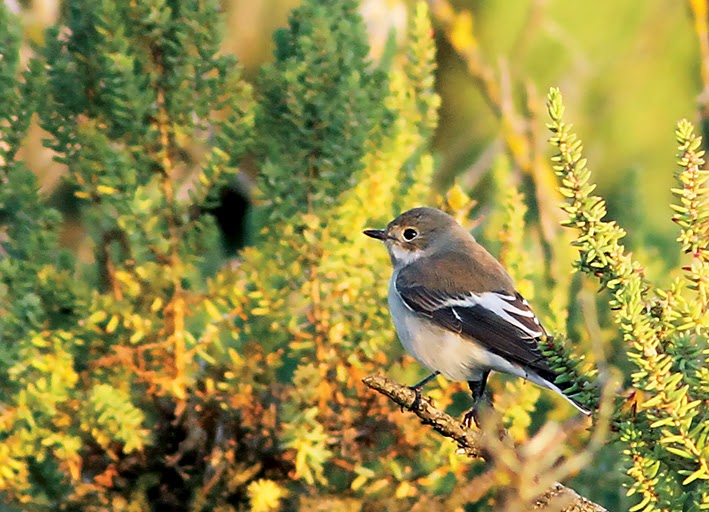 
I felt ill last night, but this was probably due to exhaustion and working too much, so I had to sleep in this morning. Obviously in a perfect world, I would have been out birding at dawn, but sometimes you just have to catch up with sleep.

I had lunch and then spent a long time, I mean a really long time talking to TalkTalk to upgrade my account with them – it was worth it in the end though and will now be paying about £6 less for the next 6 months and a couple of pounds less after that than I do currently and also got a free YouView box thrown in as part of a TV package – can't see what use it will be to me, but its free so might as well have it.

I really fancied walking Burnham Overy Dunes to look for some early Autumn migrants – can't remember the last time I walked to Gun Hill. The sun had been out all morning and it was now looking quite unpredictable with dark clouds and rain showers. By the time I got to the pull-in just east of Burnham Overy at 5.45pm, the weather looked sunny and settled, all good!

As I walked along the track it seemed alive with birds! The large sallow on the right hand side held at least 6 Chiffchaffs, a party of Long-tailed Tits, a Great and Blue Tit. There were tons of hirundines gathering on the brambles, fence wires and on small bushes out on the marsh – Swallows and House Martins and even a single Swift! A large flock of Goldfinches were in a feeding frenzie amongst the thistle heads and as many Linnets were with them. One Spoonbill was 'spooning' on the pool east of the seawall along with a few Greylag Geese, Shelducks, Little Egret and a couple of Black-tailed Godwits. I could see a further 5 Little Egrets dotted around the marsh. Other birds seen were 2 Reed Buntings, a Greenshank, 2 Curlew. At the last left hand corner before the path turns towards the bushes at the end of the path, I watched loads of juv. Starlings balancing on the fence wires in the middle of the marsh, whilst a juv. Kestrel watched their antics from the comfort of a large fence post.

In the bushes at the end a couple of Whitethroats were flicking about along with a Hedge Sparrow, 4 Reed Buntings and a flock of Starlings were feasting on blackberries. In the apple tree, which I always get excited by, after photographing a Pallas's Warbler here in 2010, I sadly found nothing. There was a policeman sitting on top of a high dune, just behind the scrub and another policeman heading west towards Gun Hill! I didn't know why they were here at this point – someone missing maybe, someone up to no good? Who knows! 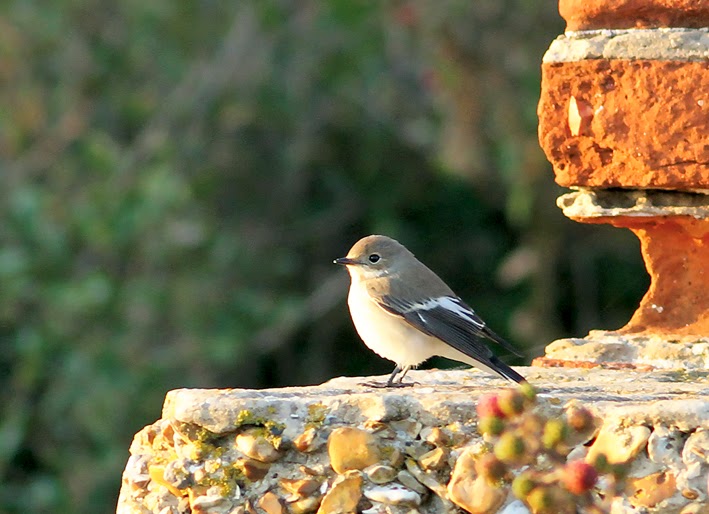 I also headed west towards Gun Hill and hunted hard to find some birds. I was walking into the sun, which didn't exactly help. I found nothing in the sueda and nothing on the short-turfed area at the base of Gun Hill – thought I might have bagged a wheatear at least, but not a bird. I followed the path left of Gun Hill right up to the cacti type plants and sueda by the 'Grey Goose' (as its called). Suddenly I spotted some movement... something flicked from one bush to another – I felt excited, this just seemed like a good bird. I fixed my gaze on the bush and waited, not breathing properly, adrenalin rush... up it popped – a fabulous Pied Flycatcher at 6.55pm!!! (female/first winter) Wow! So exciting – ok so it wasn't the mega I'd hoped for, but it was my first Autumn migrant and I do believe the first reported Pied Flycatcher in Norfolk this Autumn! Phoned through to RBA. The first picture I took was naff and it didn't want to pose – it took me a while to get a half decent picture. It dived off to a sycamore tree next to the old brick kiln and sat on the wall for a few moments, before returning to the depths of the sueda and disappeared from my view. It's a pity it wasn't a Collared Flycatcher.... one day! There were also nine very brightly coloured Linnets chirping away in the sueda. I was on a roll now.... what would I find in the 'good' bushes seaward side of the hill! As usual I found a LBJ skulking in a bramble bush – I waited for it to reappear, pished, squeaked etc, nothing! There was however a Whitethroat and Hedgesparrow as consolation. I was disappointed to see that my bird perch (old piece of tall drift wood) had fallen over – I made a bad attempt to dig it in the ground again. The high tide was crashing on the white sands and with the setting sun, the view overlooking Scolt Head Island was a vision of beauty and serenity. 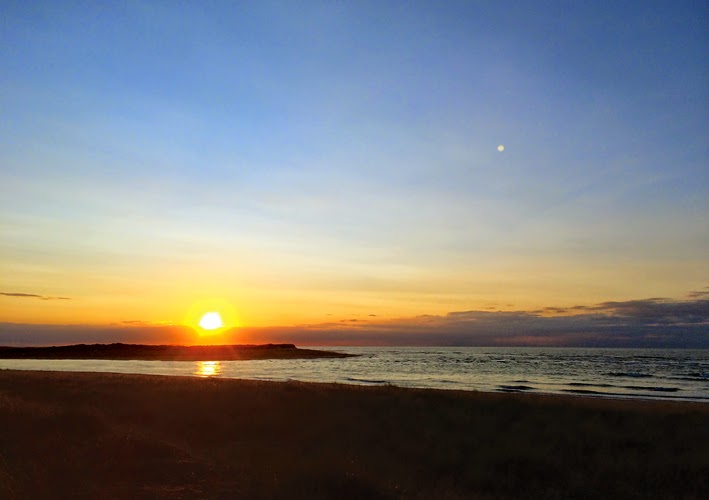 I trudged back over the dunes and onto the lower footpath, still hoping for another good bird. As I neared the boardwalk I could see the two policemen on top of the dune still and a Army Personnel striding along towards them! Ahhh... so that's what it was all about! Bomb, I suspect. My assumption was indeed correct, when about 10 minutes later the Army man passed me, walking along the seawall with the BOMB in his hand!!! I commented "I presume that's a dead bomb then?" and chuckled..... he replied with a jolly 'yes'. As I was counting Spoonbills – there were seven now on the pool, east of the seawall along with a Heron – the two policemen also passed me with a polite 'evening' and I chatted about the bomb with them and commented that I presumed the Army personnel was from Colchester, to which they replied 'yes'. I remember this from when I was at Holme Bird Observatory with father – we regularly had the Colchester bomb squad over to detonate bombs found on the beach by holidaymakers and the like.

I flushed a Barn Owl by the stile just before reaching my car at 9pm! Pitch black now! Drove to my parents and proudly showed mother my Pied Flycatcher picture – didn't stay long as it was late. 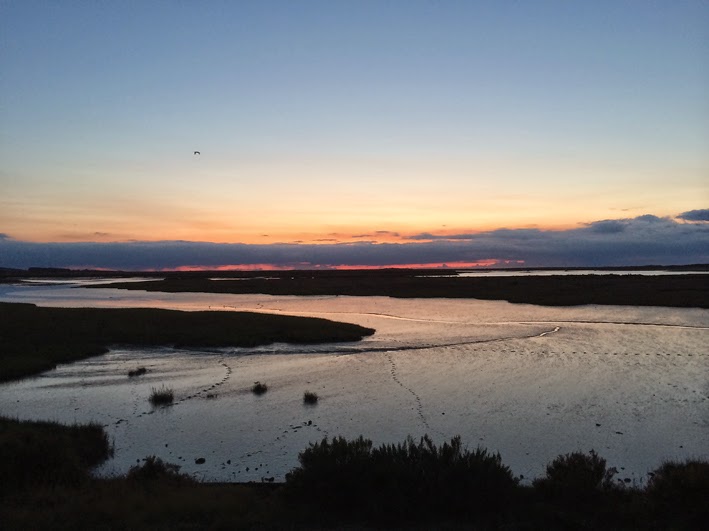 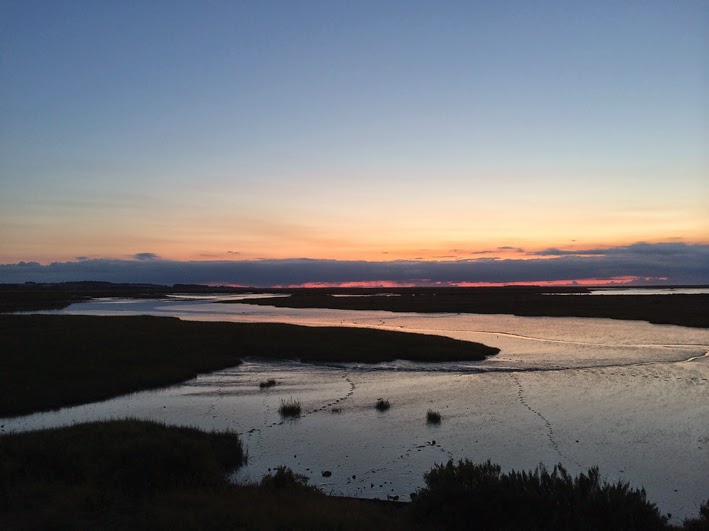 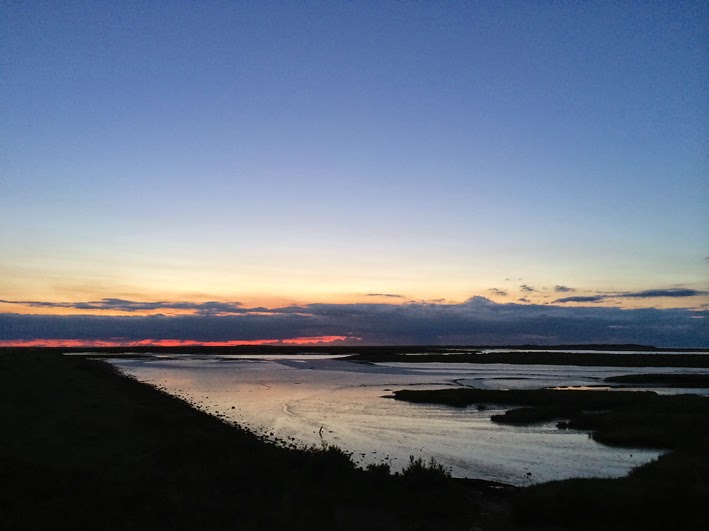 Sunset over Burnham Overy Staithe
Posted by Penny Clarke at 22:48