For many years now, there have been paragliders, light aircraft, jets, helicopters etc flying over our coastline either for pleasure or training purposes. It has been witnessed many, many times that some of these aircraft have flown dangerously and inappropriately low at times. Paragliders (especially) and other aircraft regularly fly very low over Cley NWT Reserve (a designated SSSI site) during summer months, scattering and disturbing all birds on the reserve and in the breeding season this can be catastrophic. I have watched them do this on countless occasions and when watching paragliders through binoculars, I can see that the person in the glider is either simply not bothered or ignorantly unaware of what he/she is doing when the entire bird population of the reserve is scattered in all directions underneath and around them! There is a height zone in place, but this is not adhered to by many!

I witnessed paramotors flying low over Blakeney Point Nature Nature Reserve on 7th October 2013 and my pictures were requested for use on the NT Blog – see HERE. National Trust staff wrote the following: "There was a "Moment of Chaos" on Saturday evening. Two paramotors flew dangerously low along the Point, disturbing hundreds of birds on the reserve. This unnecessary disturbance was frustrating, if it had occurred during the breeding season then there could have been catastrophic consequences. To prevent disturbance to sensitive wildlife, paramotors should not fly over Blakeney National Nature Reserve.".

I also witnessed two jets flying dangerously low over my head at Salthouse last summer – the noise was so loud as they flew overhead, that it hurt my ears!

A birder wrote on FB this evening "A couple of years ago, just outside the entrance to Cley VC, I was totally gobsmacked when a military helicopter, coming from the village direction, flew east between the coast road and the main hides. It was so low, I was looking down on it from the car park. I have to admit it was a fascinating sight, but stupid and dangerous"

I had an email from a fellow birder who sent me the following:
"....I have attached two photos of Pave Hawk Helicopters flying very low over Cley/Salthouse marshes on 7th November 2013....." "The pilots were clearly trying to out fly each other or that was the impression that we had at the time. At one point they flew very low over a flock of about 300 Brent Geese and many Black-tailed Godwits. Fortunately the geese flew inland and the helicopters turned round and flew back to Weybourne Beacon. These pilots clearly had no regard or were unaware of the wildlife on the marsh. The comment at the time was it was an accident waiting to happen......" 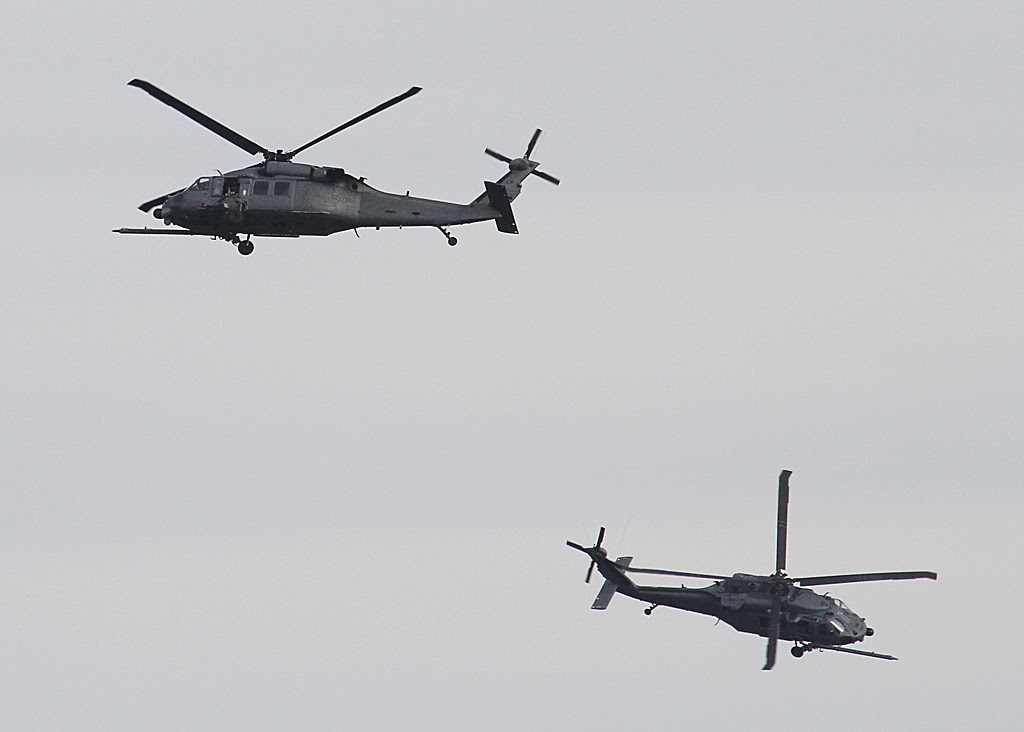 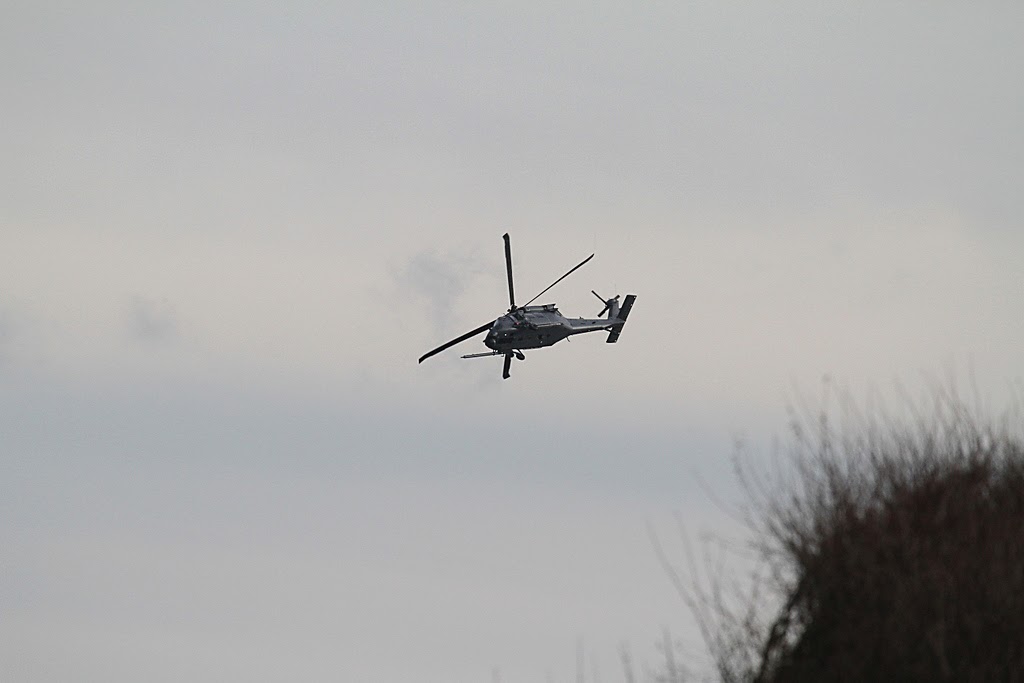 Pave Hawk Helicopters flying very low over Salthouse on
7th November 2013. Should those two helicopters have being flying that close together?!!!
Photographs by a local birder who I will keep anonymous!
Posted by Penny Clarke at 19:21