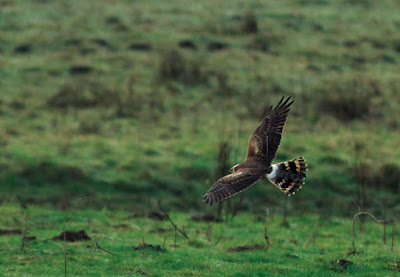 I didn't bother posting yesterday as I didn't do very much, had a chilled morning and then spent the afternoon at Holme with all of my family and met Vivien's new boyfriend Ray. Spent some time cutting father's nails, shaving him, soaking his feet in a bowl etc to help Mother out. Took Lucy back to King's Lynn and I collapsed on the sofa at home.

Today was magical to say the least. I arrived at Flitcham this morning to find that the Pallid Harrier was in the field around the Little Owl oak tree. At times it spent ages perched on a distant dead tree and occasionally it would fly closer. The best moment was when there was a Little Owl, a Barn Owl and the Pallid Harrier all perched in the oak tree together!!! To add that, a stoat was murdering a rabbit in front of the tree! Moments later a Hen Harrier flew over the far fields. Lots of familiar faces here including Gary Elton, Billy and Connor Rand + Nan, Rob & Jill Wilson etc. The Pallid Harrier flew across the road to its favoured field. 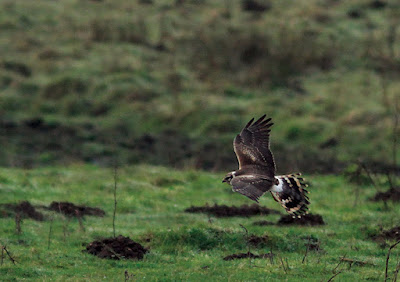 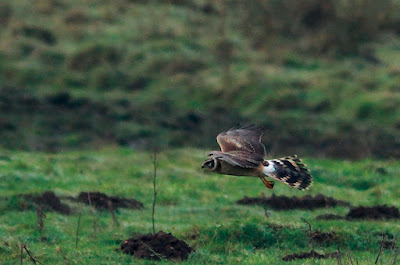 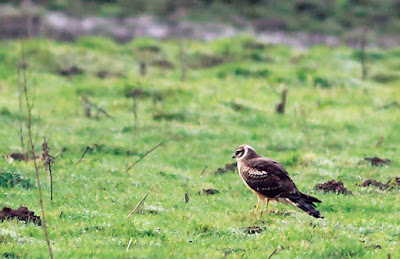 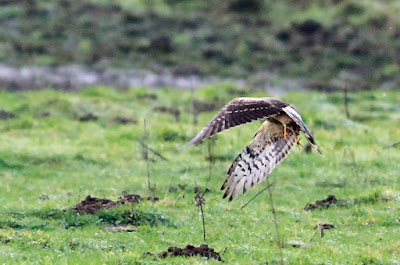 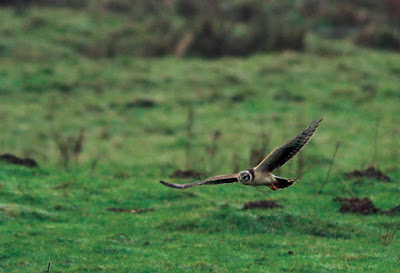 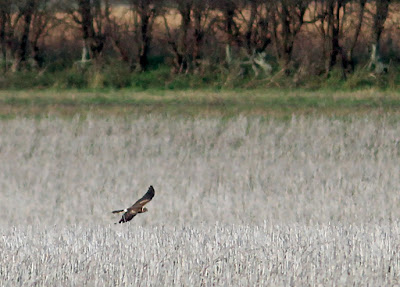 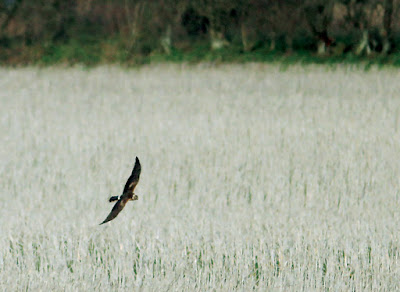 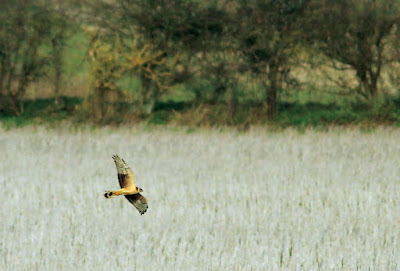 
I relocated to the field next to the greenhouses, but didn't see the Pallid Harrier for a while. I watched a Peregrine flying east, at least two Common Buzzards, five Fieldfares, Blackbirds, a big flock of Linnets, Goldfinches feeding on thistles, Chaffinches and big numbers of Woodpigeons. Eventually the Pallid Harrier appeared and flew across the field, where I got some record shots. I walked off along the field edge and then headed off along a high hedge lined track where I found lots of Chaffinches, more Fieldfares and a Merlin shot past me which was nice. Also watched a Hare run past me along the edge of a field. I returned to my car to have a coffee. A landrover pulled up and a man dressed in tweed, hat and brass horn round his neck etc asked both myself and another two birders if we could kindly leave here shortly, as there was going to be a shooting party here soon. Let's hope the Pallid Harrier survives!!! Of all the places to carry out a shoot!!! I was about to leave anyway and headed for Holkham. 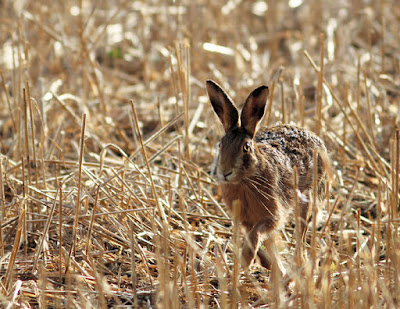 Hare in stubble field at Flitcham

Driving to Holkham was a complete waste of petrol and time I discovered – the Red-rumped Swallow had not been seen since the initial sighting this morning. Ok so I had already seen it on Christmas Day, but the rain and light had been dire and I wanted to photograph it in better light with blue skies! I left and headed for Wells – parked along the quayside and walked all around the quay and town centre, High Street etc in hope of finding the Red-rumped Swallow, but no joy. A Little Egret, Redshank and Gulls were feeding along the quayside and a couple of Brent Geese flew across the marshes. As I walked around the town with binoculars around my neck and very muddy rain trousers, I got lots of odd looks from the hordes of smartly dressed shoppers, it was quite amusing really!

Thousands of Pink-footed Geese at Holkham as I headed west. I returned to Flitcham to see if the shooting party had arrived – there was no sign of them at all, mystery! Maybe they had been and gone, maybe they hadn't arrived yet, who knows! Nipped into Abbey Farm Hide to find several birders in there and found out they had been watching the Pallid Harrier from the hide around an hour before I arrived.

I returned home, cooked tea and promptly fell asleep on the sofa. Back to work tomorrow. Next day off is 1st January! Can't decide what to do on Friday – county bird race or maybe I'll just enjoy the day birding?!
Posted by Penny Clarke at 23:09