Back To My Roots! 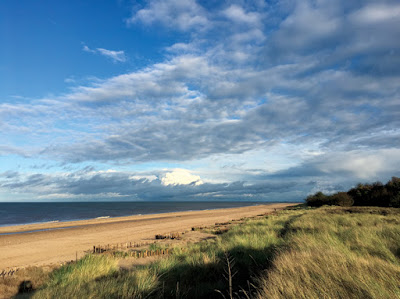 I'm not in a good place right now, because of recent events and maybe the entire year to be honest and other stuff that has occurred in my life over the years. It's all caught up with me – like a fast speed train that's just crashed. I don't feel able to operate as I would normally do, so have to take one day at a time. For my recent blog followers, this year alone included my Father breaking his hip, being in hospital with that, being admitted a second time a few weeks later, changing my job twice, my house being severely smoke-damaged from next door's fire and my Father's second stroke this October which I found especially difficult with him being on my own ward. Then throw in all the other general stuff that life throws at you and well...... your body and mind can only take so much! Yes, of course there has been positive things too, but the negatives have definitely outweighed them this year!

Today I managed to get out late afternoon for some me time and much needed fresh air. Luckily it was the best part of the day. It's been pouring with rain all day with strong winds, but around 2.30pm the sun came blazing out. I spent my 'me' time at Holme – a place where I have spent so many hours as a youngster, but much less so nowadays, mainly because of the massive increase in holidaymakers/day trippers and the huge increase in loose dogs. I couldn't have picked a better time or day to go to Holme beach – because of the heavy rain all day, the beach was almost empty aside from one couple with a small dog in the very far distance, I had the entire beach to myself – what a treat! 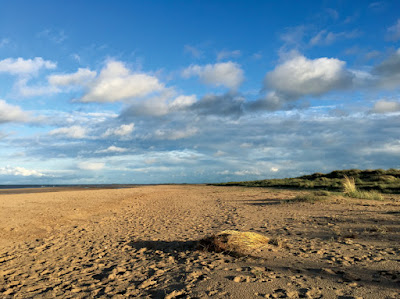 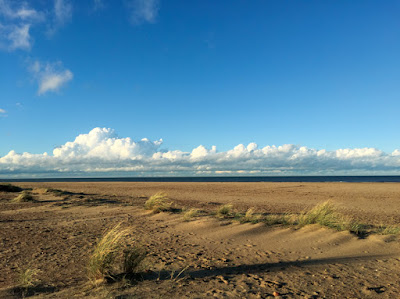 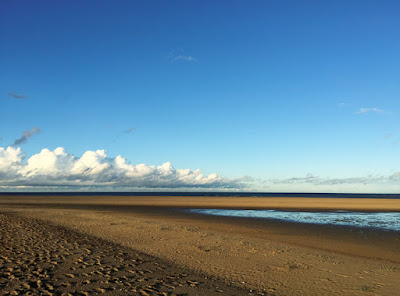 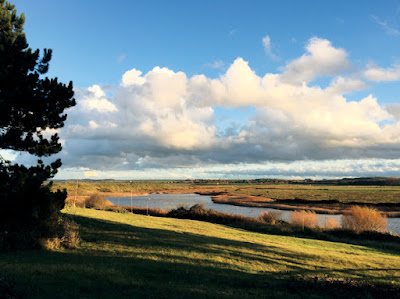 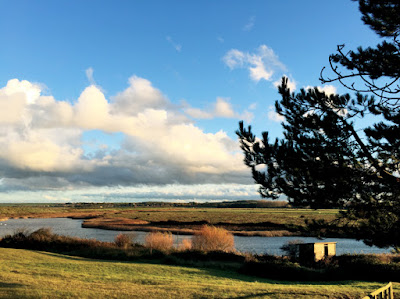 I parked in the NOA car park and walked across to the beach and then east, as far as Thornham Harbour in search of a Desert Wheatear. The light was incredible – dark and dramatic clouds, mixed with fluffy white wisps into bright blue skies, merging with dark blue sea and almost white sands in this beautiful light. A nice surprise of 21 Snow Buntings flew over my head west. Lots of gulls and Brent Geese distantly in the harbour. Walked through the dunes to Thornham Bank and walked back on the boardwalk alongside the Broadwater, which held lots of Gadwall, Mallard, Teal, Shelduck and 2 Mute Swans. Chatted with Sophie, Warden at Holme Bird Observatory and renewed my NOA membership. We both had fabulous views of a Peregrine that bombed in and was over our heads for a few moments before it sped off – the colours in the sunshine were awesome! Didn't have time to get the camera out though – all too quick! A Stonechat was perched on the brambles on the other side of the Broadwater, along with a Common Buzzard on a post distantly and also a Marsh Harrier hunting. Watched the sunset over the Broadwater and then visited my parents briefly before returning home.
Posted by Penny Clarke at 23:38