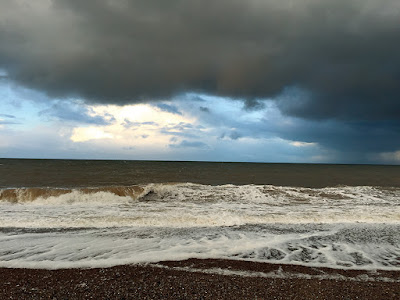 
I was up late last night booking accommodation for a weekend in Derbyshire. I have to go on a day course for work on a Monday within the next few weeks and can't possibly drive on the day, so have to stay the day before. So I decided that I might as well book two nights (Saturday and Sunday night) and try and find some Dippers to photograph whilst I'm there. I have never been to Derbyshire, so have no idea where all the good birding spots are. Any advice or help would be much appreciated. I'm staying in Derby itself and that is where my course is, so I don't really want to travel much more than half an hour away from Derby itself.

I fell asleep without setting the alarm last night, which was extremely annoying and woke up with my phone and glasses on the duvet and the beside light still on! Got ready quickly, had 'brunch', packed the car up and headed east.

I quite fancied seeing the reported Shorelarks, so headed to Cley and Salthouse. Parked my car up at the East Bank car park – as soon as I got out of the car, a very kind birder told me that the Grey Phalarope was viewable from the top of Walsey Hills NOA. I decided not to go there first and headed along the East Bank and then east to the sea pool to search for the Shorelarks. It was a chilly, but beautiful day. I had every layer on and was toasty warm. Lots of Wigeon, Pochard, Teal and Lapwings on 'The Serpentine' and a couple of Little Egrets. 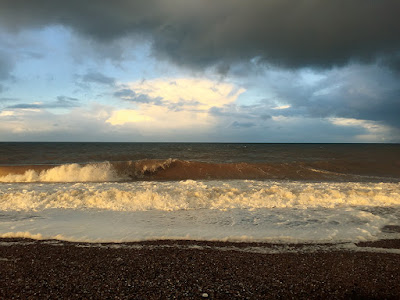 
It was slightly warmer when I headed east to the sea pool, as I was sheltered by the shingle ridge. No Shorelarks seen, but did have 25 Snow Buntings fly overhead and land on the beach briefly and then flew off east! Several Redshanks and Curlews were seen and several small flocks of Starlings. I also saw a Guillemot flying east over the sea. It started to rain, so put both my hoods up over my hat and continued east. I had grand thoughts of walking to Gramborough Hill from here, but realised I wouldn't have time with the fading light, so instead walked back along the Iron Road where I saw a Grey Heron by a small pool, Egyptian Geese, Little Egrets, Shelducks and some Reed Buntings flitting around in the reeds along the path. 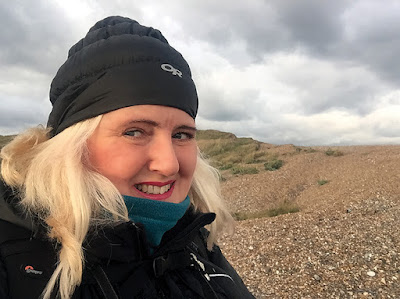 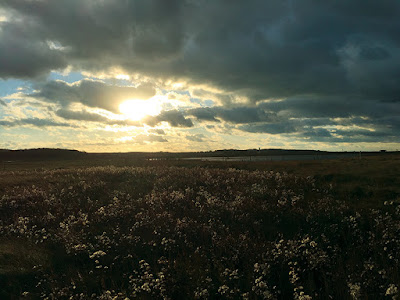 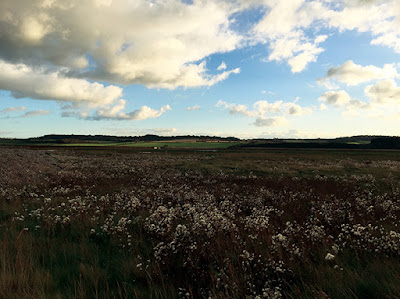 
I then walked on the footpath alongside the A149 and through Walsey Hills, where I stopped to look over Arnold's Marsh for the Grey Phalarope, but didn't see it. There were a couple of Blackbirds along the path amongst the gorse, which has become very overgrown and I had to duck several times to avoid being scratched by gorse. A couple of Little Grebes were on Snipe's Marsh and that was about it. I just got back to my car in time, before the rain fell heavily again. It felt lovely and cosy in my car, drinking hot coffee and enjoying a marmalade sandwich, whilst the rain lashed on the windows. Drove straight home. 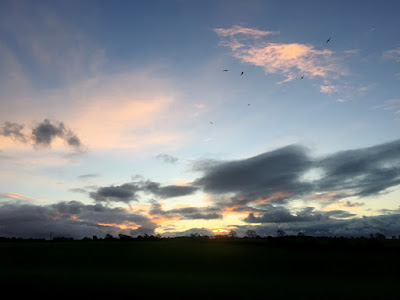 
It was not a very good evening, the fireworks exploded every two seconds and it became very tiresome indeed – it went on for several hours. What a waste of money – burning, noise pollution, stressing out animals and people. Fireworks should really only be for public displays in my opinion and should not be sold to the general public, its getting way out of hand. Unfortunately the fireworks will continue over the next few days, its not limited to 5th November!

Now, on the scale of things, Strictly Come Dancing is not that important😉BUT, they voted Aston Merrygold off, who in my opinion should not only have stayed in, but should have won the entire show! The biggest mistake the judges (Craig) have made in Strictly history, well actually in the end it was down to new head judge Shirley Ballas – bring back Len Goodman! In protest I won't be watching it any more, as many others won't be either. There are several couples that should have gone before Aston – all fixed and has now lost all credibility. Good night!
Posted by Penny Clarke at 23:59