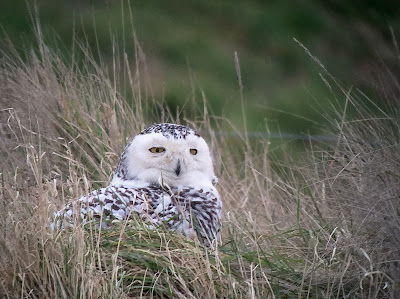 The alarm went off at 5.30am – I was wrecked and there was no way I was getting out of bed! I finally got up at 8.30am and was very pleased to see that there was no sign of the Snowy Owl at Titchwell RSPB. So glad I didn't walk out there, which had been my plan for this morning.

Picked my sister Lucy up to go and spend the day with mother for "Mother's Day" – Vivien and Ray arrived at mother's house a few minutes before us. The plan for the day was to help clear up, saw up old fallen tree branches and other stuff and have a huge bonfire at the top of the garden with fish 'n' chips from Eric's for lunch. Vivien said she thought she saw the Snowy Owl whilst they drove along the bypass near Snettisham – when I asked her to describe it, she said its wings were broad and it was a big bird (Vivien is not a birder). Then, whilst telling Vivien and Ray about the Snowy Owl at Titchwell RSPB yesterday, the pager bleeped up at 10.58am with "SNOWY OWL at south end behind Shore Hide at Snettisham RSPB"! Maybe Vivien and Ray did see the Snowy Owl?! 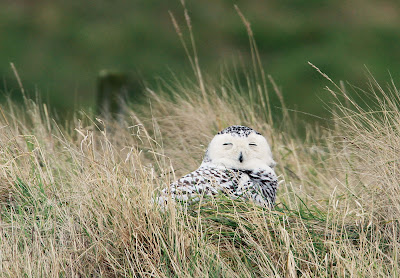 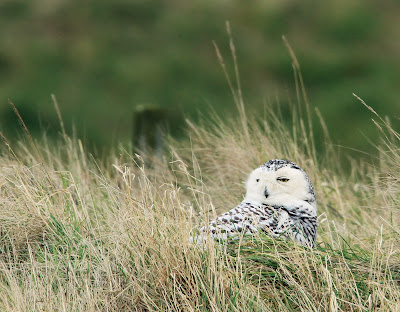 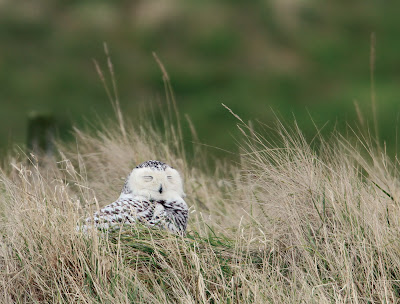 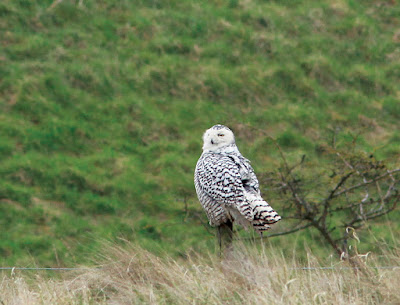 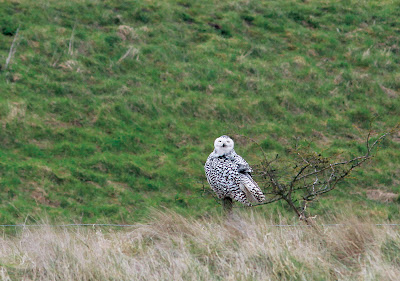 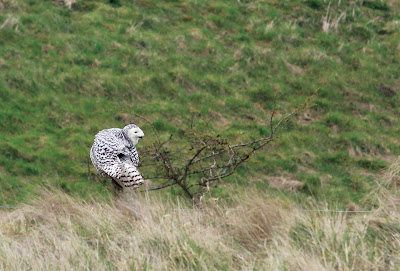 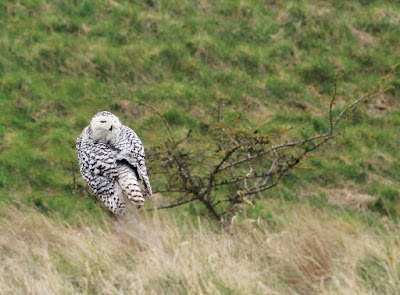 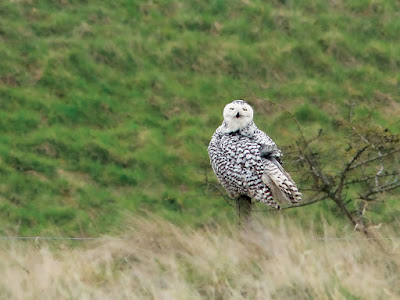 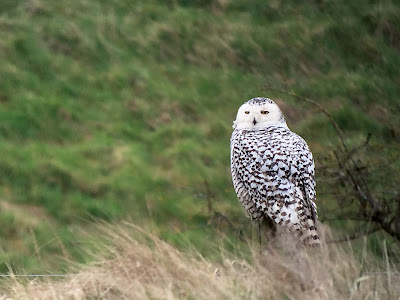 I left the house promptly and headed to Snettisham RSPB. Huge apologies to my family – good job they understand! Luckily I managed to squeeze into the car park. A lot of people were heading out and cars were piling into the car park as I started the very long walk to the reserve. It was pretty mild, so only put my thin waterproof coat on (which I normally wear over my main coat), didn't wear my waterproof over trousers and didn't bring any gloves – I seriously regretted my lack of warm clothes later on!
When I eventually reached Shore Hide, there was a huge line of people standing all the way along the boardwalk path next to a fenced off field. The Snowy Owl was sitting on a grass mound in the field and was only 80 yards away! I could not believe how close it was! The view of this incredible owl was far superior to yesterday's distant views on the beach at Titchwell. It was the perfect twitch as everyone was standing on the boardwalk with the fence in front of them. Nobody even thought about climbing over the fence thank goodness, but one photographer did edge his way around the west side of the field, but did not disturb the owl.

Before the masses arrived! 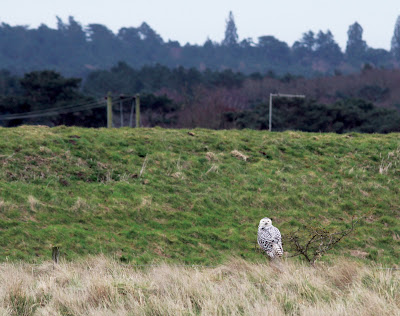 I bumped into all lots of lovely people here including Paul Hackett (digiscoping king) who very kindly gave me lots of tips about improving my phone-scoping techniques – thank you so much! Jim Lawrence very kindly allowed me to put my Canon 7D body onto his 600mm lens for a few shots – wow, the difference – thanks Jim! Also bumped into Tracy and Mark B., Andy Brown, Steve West, Dave Holman and his wife, Dawn Balmer and family, Rob and Jill Wilson, Barry J., Roy Harvey amongst others and also a very nice man who lent me his spare pair of gloves until he left, thank you! It turned bitterly cold and was raining on and off, just to add to the horrible weather!
The Snowy Owl was an absolute joy to watch – it spent a long time, simply resting in the grassy mound and would turn its head every so often, close its eyes, have a snooze, wake up, yawn and so on. Such a cool and classy bird! Seeing it this close, really showed how big this owl was! It was coughing at one point and we thought a pellet was coming up, but no one saw if it did choke one up or not. Later, it decided to fly a couple of yards and perched on a short post behind the long grass and then later flew onto a bigger fence post where we all had the best views ever! A hare bravely sprinted across the field in front of the owl, which we all got excited about, but the owl didn't budge! Two gulls also tried to harrass the owl, but it didn't flinch and wasn't the slightest bit bothered. A Barn Owl (there were three) did a fly by past the owl, but neither owls reacted. Eventually the Snowy Owl ended the day sitting on the high sea bank. The light was dire now, so I started to make my way back leaving a good number of people still there. I looked back when I reached the beach and saw the Snowy Owl flying west and then landing on a distant telegraph pole at about 6.15pm.

It was a long walk back in the dark (again). I have never felt so pleased to be getting into my car and put the heating on. Returned to Mother's house. Vivien and Ray had just left and I passed them on the road as I was driving through Hunstanton. Sat with Lucy and Mother for a while after having something to eat and then went back home to King's Lynn. Huge thanks to the couple that popped into Titchwell RSPB to get their 'owl' ID'd and hope very much that the Snowy Owl hangs on for those that have still not have the chance to see it yet.

What a weekend! Surely no other bird will top this in 2018?!!! A Siberian Rubythroat or/and a Siberian Blue Robin would, but the likelihood of either of these dropping in would be highly unlikely, or would it?!

http://www.bbc.co.uk/news/av/uk-england-norfolk-43377572/harry-potter-arctic-snowy-owl-makes-rare-norfolk-visit
Posted by Penny Clarke at 00:02