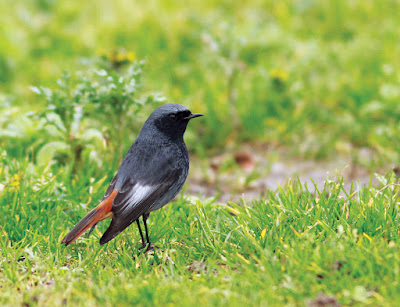 
I have seen so many lovely pictures of the stunning Black Redstart at Sheringham, I wanted to see this cracking little bird myself, so braved the bitter cold and made my way over this morning. It was very frosty and there was fog for part of my journey to Sheringham. Snow, sleet and rain was forecast for this afternoon.

When I arrived there was only one person photographing the Black Redstart and they were crouched down quietly with their camera on a tripod, so I joined them. The redstart was not showing at this moment and the person next to me then left. Seconds after this, the stunning Black Redstart appeared on the wall and flew down to feed on the grassy area just yards in front of me! What a stunning bird! Kneeling on ice cold, knobbly concrete is not good for your knees, but I stuck it out for as long as I could bare, before then struggling to stand up because of the cold. Plus there were too many people here now and poor field craft going on. There was a very smart male Blackbird puffing his chest out and attempting to outshine the Black Restart and also Mrs Blackbird was close by and a few House Sparrows were perched deep in a small bush by the side of the road. It was nice to bump into John Furse here too! 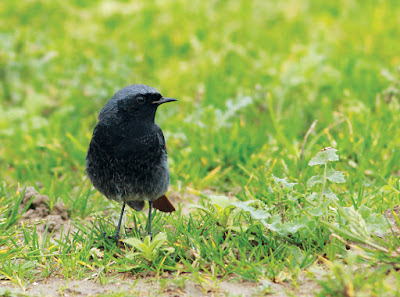 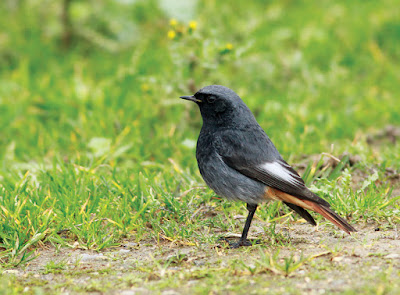 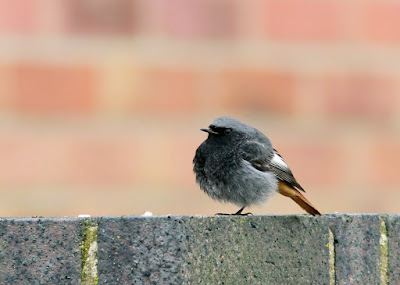 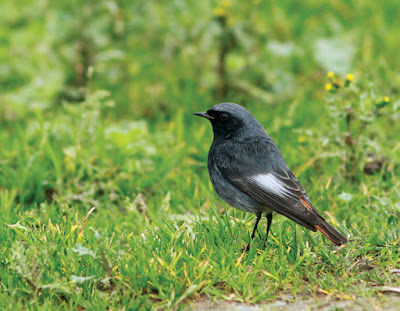 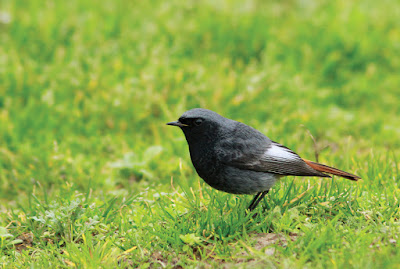 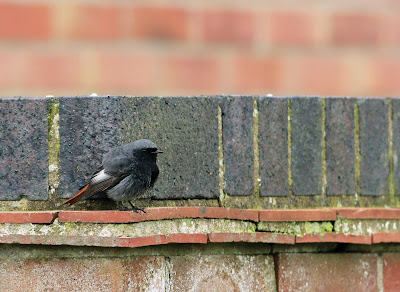 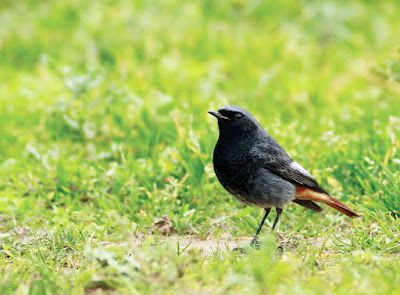 
Next stop was Kelling for the Coues's Arctic Redpolls. I was told that the Weybourne road was closed off due to waterworks, but it wasn't when I reached the village, so carried on and parked up at Kelling. The time was getting on now and I had to pick my mother up by 2pm to go to Lucy's Concert at 3.30pm (see next post). So I only had a small window of opportunity for the redpolls. I walked along the muddy track and found Richard 'the hat' and a tree full of redpolls, mostly 'Lesser' but at least 3+ 'Mealys' were seen. But, I wasn't lucky with seeing any 'Coues's' before I had to depart. There was also a big flock of Goldfinches around too. Trudged back to the car and had to nip along the coast road pretty quick in order to pick my mother up on time. I didn't have time for any lunch, even though I had soup etc with me, so after picking mother up and arriving at my house in King's Lynn, I just had time to have my lunch, before swapping muddy birding attire for posh theatre attire!
Posted by Penny Clarke at 23:56