A fabulous evening spent watching the cracking Glossy Ibis at Ken Hill Marsh, which was only about half a mile along the inner sea wall and on the first pool just south of the path. Wonderful views of 9 Spoonbills plus youngsters begging for food, including two perched on posts! Also Avocets, Green Sandpiper, Redshank, Heron, Black-headed Gulls, Med Gulls calling, Moorhens and young, Turtle Dove purring in the background. A fabulous selection of birds, plus bumped into Mark & Tracey B., Lizzie & Nathan and Billy & Alison R. 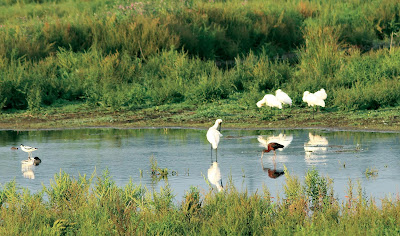 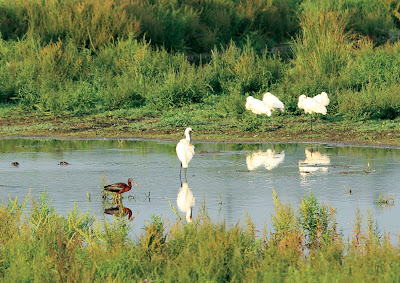 Initially I had to wait about 15 minutes for the Glossy Ibis to show, it suddenly appeared with the Spoonbills, but shortly after that it disappeared from sight behind a large dead looking bramble. Later, much later someone else who arrived, spotted its silhouette behind a very small clump of sedge in the pool! The clump of sedge, was hardly bigger than the bird – you could have walked past and never known it was there! I set up my phone-scoping gear and eventually after around 40 minutes, the Glossy Ibis decided to move and and I got a couple of decent videos of this wonderful bird feeding, along with a few other good birds in the video too, as you will see!

On the walk back there were lots of juv. Starlings on the telegraph wires, along with Goldfinches, Greenfinches and Swallows flying overhead. A nice little twitch, just down the road! 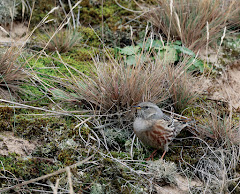