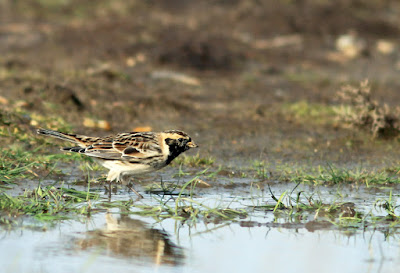 I'm probably one of the last birders to go and see the very obliging Lapland Buntings at Blakeney Freshes – I did go once recently and didn't see them. Its a very poor state of affairs, that I haven't seen them at all yet! So, on the last day of my mini-break I decided to nip over to Blakeney. I only had this morning to go birding, as I had to be at Holme by lunchtime, for an important family/social services meeting. It was sunny and fairly bright as I left King's Lynn. 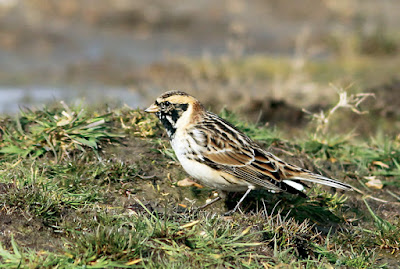 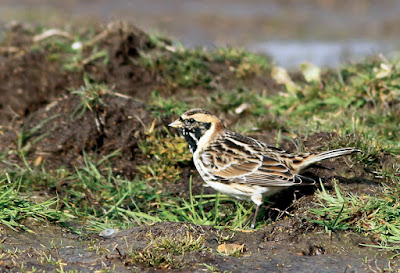 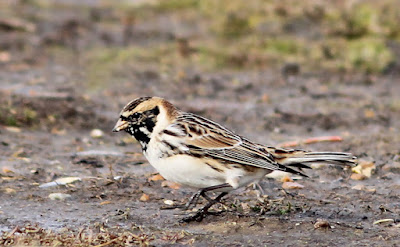 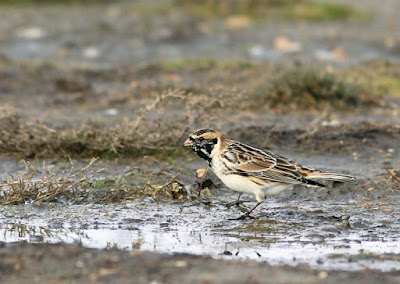 
I parked the car by Friary Hills at Blakeney and walked along the very water logged, muddy path north, towards the sea wall. The light was beautiful – perfect for photography! I sat down on some long dryish grass, with my back against the barbed wire fence and didn't move at all. All the pools of water were in front of me and the sun was behind – perfect scenario. Within minutes of me sitting down, the stunning Lapland Bunting in the above picture, landed on the muddy path. I took a lot of out of focus shots, as I wasn't quite close enough with my 300mm lens, but got a few 'keepers'. There were other birders on the sea wall watching them from a distance, so I didn't want to flush them. I had a wonderful couple of hours sitting here, but it did result in a freezing cold bottom and dead legs. There were at least three Lapland Buntings happily feeding around me, an extremely tame male Reed Bunting who came too close to be photographed, Skylarks, Meadow Pipits and a female Chaffinch. Also a Little Ringed Plover landed on the pool and the biggest surprise, my first Wheatear of the Spring landed briefly in front of me, before flying off along the path south!!! The only thing that spoilt this beautiful and tranquil scene, was lots of barking dogs charging along the sea wall. At 11.30am I headed back to my car, hoping for a Sand Martin maybe, but not so lucky with that. 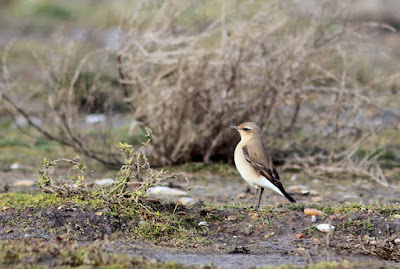 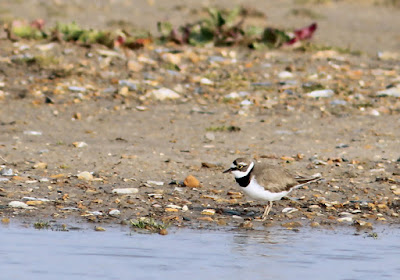 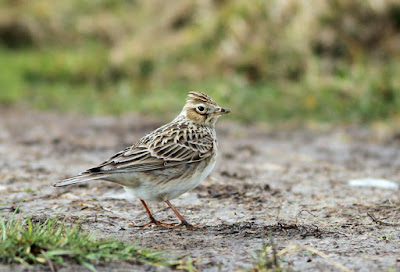 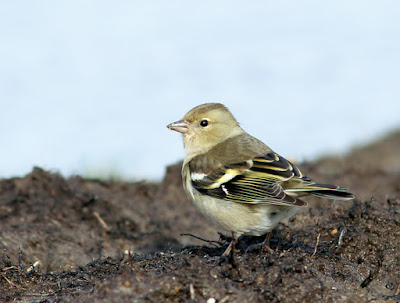 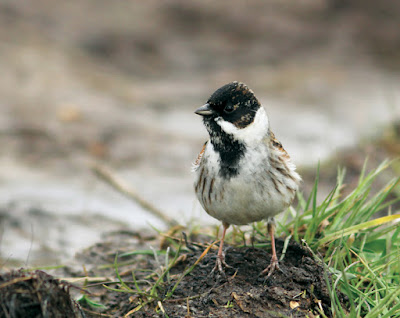 
Cruised along the coast road to Holme, but stopped at Titchwell RSPB, just to buy some lunch. It would have been nice to go birding here, but I had to go. Arrived at my parent's at about 12.30pm ready for the 1.30pm meeting, which my sister Vivien also came to. Helped Father with his lunch before the meeting. The meeting went on until 3.45pm!!! We were all mentally worn out by the end of it! Lots of form filling in and difficult decisions and box ticking etc. Family discussions etc afterwards, mean't there wasn't time to sneak any birding in later. Headed to 'Sunny Hunny' and to the fish 'n' chip shop and enjoyed a portion of chips on the cliff top – a good third of which I fed to the gulls, before heading home.

MORE PICTURES TO BE ADDED
Posted by Penny Clarke at 23:19