Good job I'm not at work today. I have not been able to send emails for weeks using my Apple Mail account and have spent hours trying to sort it myself and with phone calls to TalkTalk and Apple - it has been massively frustrating, not being able to reply to several important emails. When I finished work last night I decided I wasn't going to bed until this is resolved.

So I have been on the phone to talktalk for 1.5 hours and then to Apple since 8.30pm last night until 6am this morning (not joking), then a call back from a specialist Apple Engineer at 8am today - just finished. Long story short: my Mac is corrupted and needs to be wiped completely and original disks installed!!! Currently backing entire Mac up on 'Time Machine' which will take most of the day, so no leaving the house to go birding or anywhere! Then I have to contact the engineer again, who will then help to wipe my computer and re install everything again!!! It's a good job he found it was corrupted, as he explained that the Mac would have got slower and slower and then just pack up!!!! It has got slower - I just thought it was because my MacBook Pro is a 2010 model! Not how I had intended to start my much needed four day break off!!!

- Posted using BlogPress from my iPhone


UPDATE 7pm!
Time Machine was running so slowly, that I realised it was going to take far longer than all day, so spoke to Liam, the Apple Engineer who said not to worry how long it takes, as it was important to back everything up before we go any further. Liam finished work today at 4.30pm and is back in again tomorrow at 8am until 4.30pm and then again on Saturday only. The next time he is back then is Monday when I am at work all week – so if this isn't sorted by end of Saturday, I will have to wait until the following Saturday to complete the re-install of my Mac.

After having a night of no sleep, I have obviously been sleeping alot today. I decided to get up and have a look at how the 'Time Machine' back-up was coming along and my face fell. A lovely message saying the back-up had FAILED!!! It tells me to try again later, NO, I want to back it up NOW and if not to use Disk Utility to repair your back-up disk. That is exactly what Liam needs to do to repair my corrupted hard drive, but can't risk it until everything is backed up – catch 22!!! 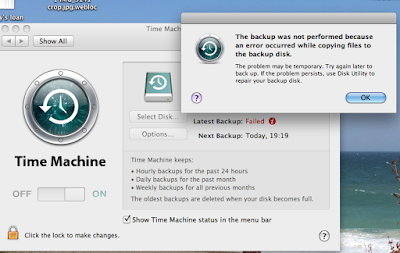 Liam is not back in the office again until 8am in the morning, lovely time off work I am going to have off over my four days!

SO, Plan B. Now backing up all my important stuff eg 2015/6 photos etc etc on my two external hard drives individually (not through Time Machine). For those of you who are not Mac savvy, Time Machine is a Mac dedicated back-up system, that part of a Mac package, that for me IS NOT BL**DY WORKING!!! TOTALLY P*SSED OFF!