I slept like a log last night, must have been the glass of wine I had! We met up for breakfast at 8am, although I was a little late due to a shower issue! We left at 9am to head north to Dundee to pick up Lyn and John. After leaving Dundee we headed to Aberdeen and beyond to get some birding in before the 7pm ferry from Aberdeen to Shetland.

We started off at the 'Ythan Estuary’ where we arrived at 2.45pm. We had a wonderful selection of birds here including Golden Plovers, Red-breasted Mergansers, loads of Eiders, Redshanks, Cormorants, Oystercatchers, Ruff, Bar-tailed Godwit, 20+ Curlews, Heron, Wigeon and Dunlins. On a feeder in someone’s garden we watched Goldfinches and House Sparrows. 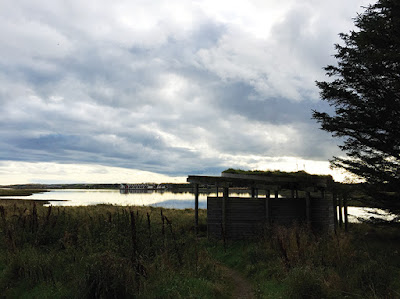 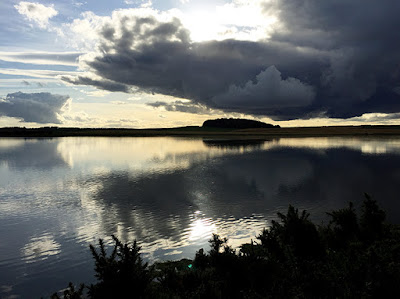 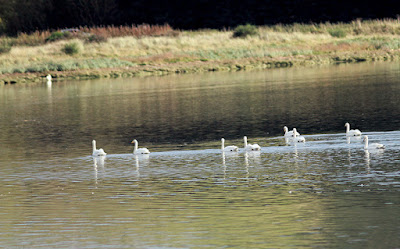 
We then visited ‘Forvie National Nature Reserve’ where we saw Black-tailed Godwits x 10, loads of Lapwings, Oystercatchers, a Blackbird, Common Buzzard, Curlews, Goldcrests, Redwings x 3 overhead, Robins, Magpies, Woodpigeon and Pheasant. From the hide we had stunning views in the setting sun of 11 Whooper Swans, a Skylark, Shelducks x 2, Golden Eye x 3 and Greylag Geese. The light here was stunning.

We then re-located to ‘Black Dog’ we saw 86+ Eiders on the sea, a Pom Skua juv. was being harassed by a Kittiwake and a small number of Common Scoters were seen. Bird of the day for me was a Lesser Whitethroat which popped out of a bush along with 2 Tree Sparrows, a Robin, Wren and Blackbird. This area looked really good for migrants, with lots of low cover and bushes amongst the dunes. A few starlings were perched on the telegraph wires a few yards away from us – it was a beautiful spot.

Eiders on the sea at Black Dog 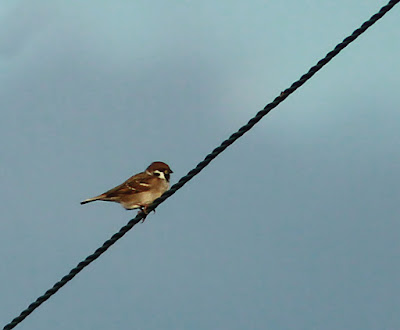 Tree Sparrows on the telegraph wires at Black Dog


We arrived at the ferry terminal around 5.15pm and boarded about 5.40pm. We immediately climbed up the outer deck to see if you could see any birds when the ferry left the harbour, but the light very quickly faded before we even left. But, we did see a Peregrine speeding over the harbour and landed on a railing on the building with a big clock face. 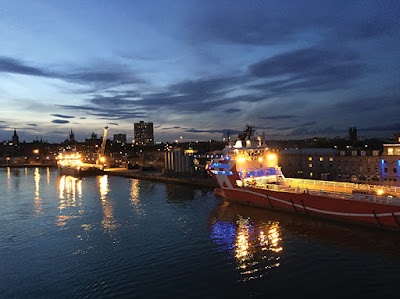 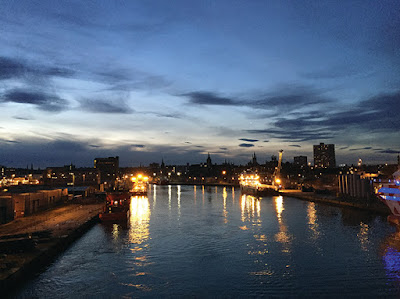 
The other guests all have a cabin, but mine was a late booking so I have one of the new 'Sleeping Pods'. They didn’t have these last time I came in 2010, so it will be interesting to see how comfortable they are compared to either the recliner seats of the floor!

We all had a lovely meal in the restaurant and I had my usual scrumptious fish ’n’ chips with a yummy cheesecake to follow – all good for the waistline! We then located to the bar area, where I attempted to get onto the internet and failed miserably! So will have to post both this and the Norfolk bird news up late, sorry! Had a glass of wine to hopefully guarantee another good night’s sleep! Good night.
Posted by Penny Clarke at 18:59