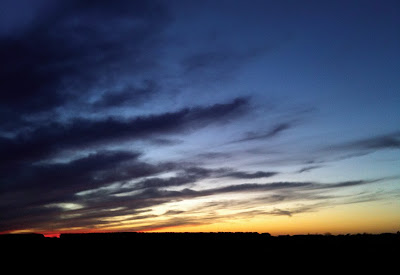 Sunset near Burnham Norton.
The day started with an early morning phone call from Andy Wilkinson 'would I like to go and see the Pied billed Grebe?' As Andy and Justin had already left Norwich at this point, I would have to rush around and wasn't feeling too good this morning so I declined their very kind offer. After hearing later that they had also seen 15 Red Grouse and a Richard's Pipit I wished I had gone!

Did some shopping for parents and then went to Titchwell. Photographed a very tame robin with the iphone! Had a good look for the Pallas's Warbler but no luck. Great spotted woodpecker on the Meadow Trail, bramblings, greenfinches etc on the feeders. Paul Eele showed us a dead Little Auk which had been found at Snettisham beach. Today turned out to be more of a social day - sat and had lunch with Pete Snook, Graham, Glyn and Ron and also Eddie Myers was also in the queue for lunch, as last week! Pete very kindly treated me to a cheese and pineapple baguette. Bumped into several other birders including Julian B. and also Steve W. Because I felt ill today, I was in a very can't be bothered kind of mood. 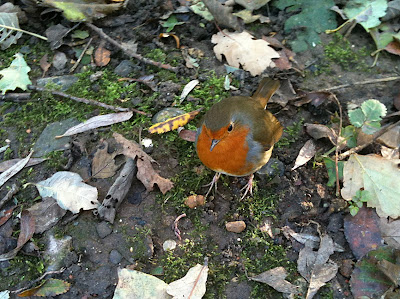 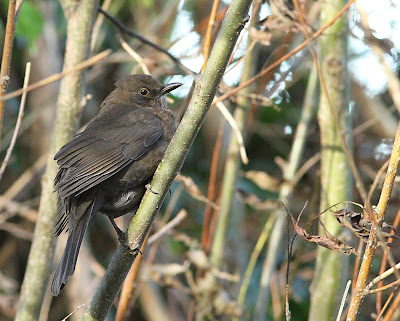 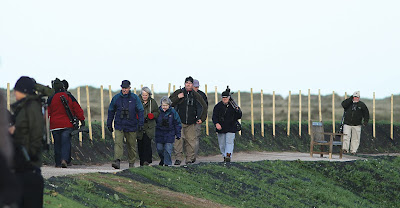 Birders walking along the new path at Titchwell RSPB. 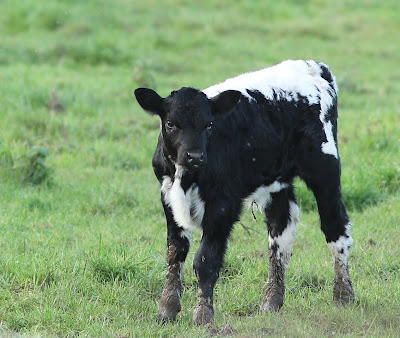 I left Titchwell and went to Burnham Overy to look for the possible 'Northern Harrier'. Walked down to the sea bank with John F. Saw a ring tail hen harrier and a large flock of linnets, also 11 Snipe flew over. Had VERY distant views of an 'interesting' Harrier along with John Furse, James MaCallum etc- this bird is becoming very frustrating as no one has had close enough views for a photo! I continued on alone to the dunes, thinking I would get closer, but sadly didn't see it any more. I was horrified to find that the two large sallow bushes which are either side of the lower path just before my "Pallas's Warbler" bushes have been chopped down completely!!! Walked back to the road - saw 3 barn owls in the area and then drove back to King's Lynn. 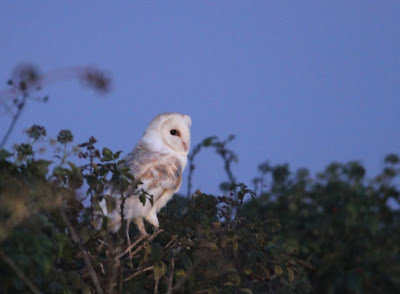 Was supposed to go to Ely this evening to visit my sister, but I have a temperature, feel shivery and ill, so wasn't able to go.
Posted by Penny Clarke at 22:41