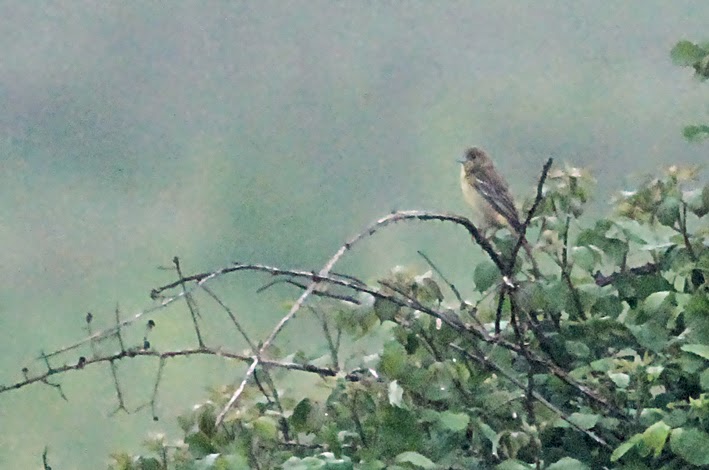 I got home from work and felt shattered – my birding gear was all round the house from where I left it all to dry last night, from walking Burnham Overy Dunes and I was still in my uniform. There was no news on the very rare Eastern Subalpine Warbler found at Blakeney Point today and in any case, I had no energy to walk BP late in the evening. I thought about going to Snettisham Coastal Park, but decided to be sensible and stay in, as I felt so tired. Save my energy for tomorrow night.

Suddenly,  I got a text about a Black-headed Bunting, female found at West Runton!!! WHAT!!!!! OMG! I couldn't have been less ready to go on a serious twitch if I'd tried. Massively stressful trying to get all my gear together. Coat pockets were still wet from yesterday. Uniform off, trousers on, grabbed top, flew downstairs, bundled stuff into car and was off like the wind.

Arrived at West Runton at about 7.30pm – bird gone, having been flushed by a birder (makes a change there!) Accidentially from what I heard though. I broke some of my own rules this evening and I'm sure some people weren't happy, but tough! I had driven a long way in a tired state and was now in a grumpy mood. The light was dire anyway and with rain and the clock ticking, it was becoming increasingly frustrating. Cutting a long story short, Ashley, myself and one other birder decided to carefully and quietly walk along the outer edge (only) of the garden on rough ground adjacent to the field, to see if we could see this bird. No-one in the house I hasten to add - builders doing the house up by the looks of it. No sign of the bird. Trudged back. Trousers and inside of boots completely drenched, but I didn't really care, I just wanted to see this bird. 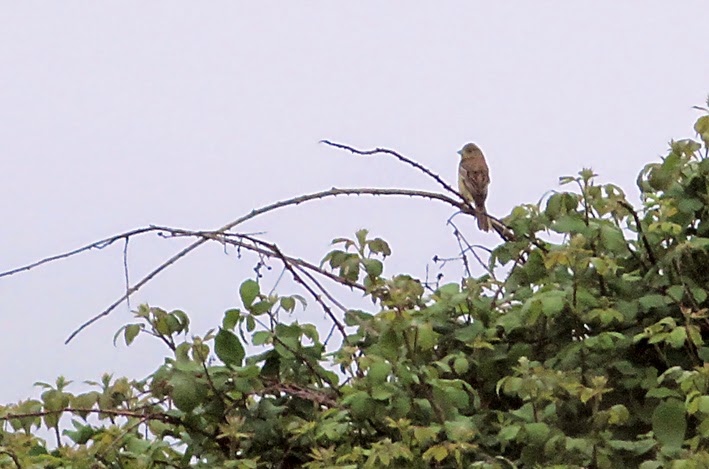 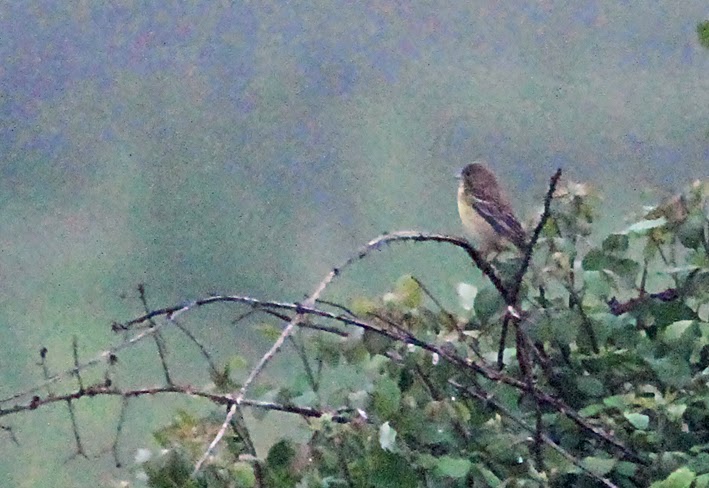 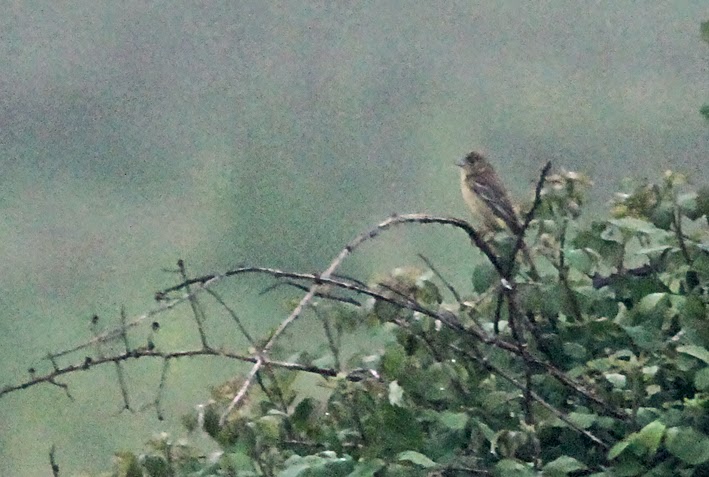 Ashley B., Lee G. and myself decided to cross the road to where the bird was first seen. It's always good to return where the bird was first found and more than often this pays off. Well it certainly did, Ashley suddenly spotted the Black-headed Bunting flying across (distantly) and then landed in a hedge!!! Wow!!! At last!!! Thank you Ashley, so much! It was a distant view, but nevertheless, there it was! We stayed still, as another 15-20 people came rushing over from the other side of the road (garden side) and there were some very happy birders, including Stuart W., Trevor D., Mike S. etc and obviously Lee G. and Ashley B. The bunting then flew into the middle of the field. We walked a bit further up, but it remained in the middle of the crop. We returned back along the hedge and round the other side of the field, so that it had a chance of returning to favoured hedge and also hopefully giving us all another chance of seeing it. This worked fabulously and the bird returned to the hedge giving everyone distant but good scope views in the failing late at around 8.30pm. Mike Sidwell was so happy he hugged me! I managed to get some poor, but decent record shots considering the disgusting weather, dire light and time! The bird then flew (not flushed in case anyone is thinking this) the whole length of the hedge to the garden on the opposite side of the road at 8.40pm. No one actually saw the bird in the garden after that, obviously gone to roost.

Walked back to my car, my boots were squelching with water inside, my trousers dripping, camera damp, bag wet. My car was screaming for fuel, I was in the red and I was hungry! Found garage at Sheringham, filled up, bought dinner: cheese and onion pasty (rubbish) and 4 toffee muffins! Ate these on route home, arriving back at 10.30pm.

If I had the energy I would return at 4am tomorrow, but I haven't and I have to be at work at 8am, so if the bird is there tomorrow, I'm sure there will be some stonking photographs. Good luck if you are going. We are on a roll now – more birds to come! The bad news is, my pager has stopped working – what a time for that to go wrong!
Posted by Penny Clarke at 22:32