Its been a mad, busy, traumatic and stressful week, resulting in me having to spend the morning sleeping to recover. All kinds of crappy stuff has been going on. Also I had to do something really important and then had to fly somewhere to an event on Friday night. I can't write about anything that's been going on this week, as I would break confidentiality and also risk getting myself in trouble writing about another issue!!! Anyway, back to the weekend.

Spent the afternoon searching for card and presents for father's birthday. I bought the usual requested chocolates and also got a new pair of slippers and then I found a brilliant present! A brass bell for father when he needs help. Mother is still deaf and can't hear most of what father is saying, which is really unfair for him, as she is the only person he can have a conversation with. He can't do anything else, can't see, can't do anything apart from listen to the TV. Mother refuses point black to go to the doctors. The bell will really annoy her, but at least father will get some help!!! It might annoy her enough to go to the doctors.....well maybe, here's hoping! It may sound really mean, but its driving us all mad – I am mentally exhausted trying to shout down the phone so she can hear me.

I eventually got to Titchwell RSPB late afternoon. I heard from staff in the centre that a young man had photographed a small wader with a white rump that had been found with dunlin this morning, but no one had been able to find it since. I bought a singing nightingale card for father's birthday here. Cetti's Warbler burst into tune by the path to the Fen Trail on route to Island Hide. 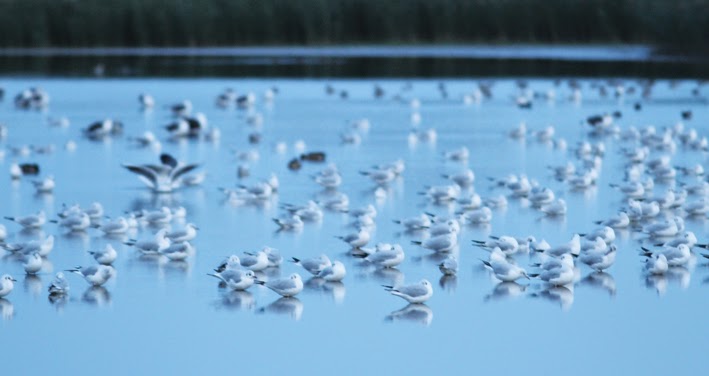 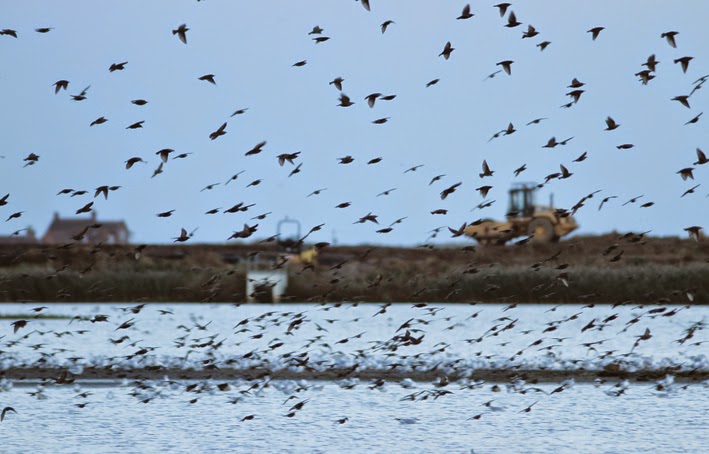 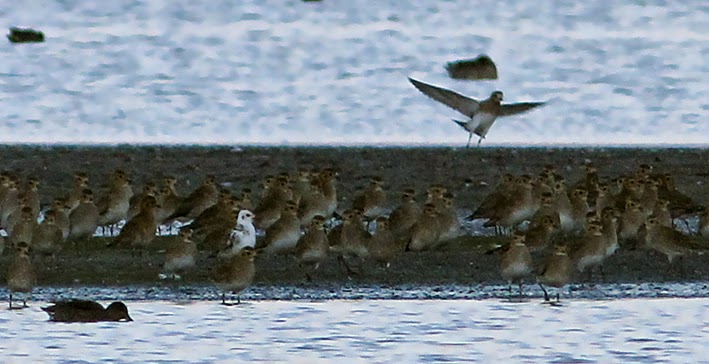 I sat in Island Hide and scanned for the 'wader' and found what I presume was the bird with a dunlin amongst the Golden Plover flock, but the light was fading, so difficult to see properly, it was smaller than the dunlin – it didn't fly at all whilst I was there. Much more interesting was a Leucistic Golden Plover that was almost totally white! Big gull roost, lots of Wigeon, Teal, couple of Avocets, Shoveler, Redshanks, lots of Ruff. Also lots of Brents flew in to roost. I left the hide and started to walk back along the path. There were alot of birders around still in the semi-dusk. Thousands of Starlings were flying low over the reeds to roost – a continuous stream of them which was an amazing sight. A Barn Owl appeared over the reedbed and I saw one Marsh Harrier and also 6 Little Egrets were roosting on the dead trees. 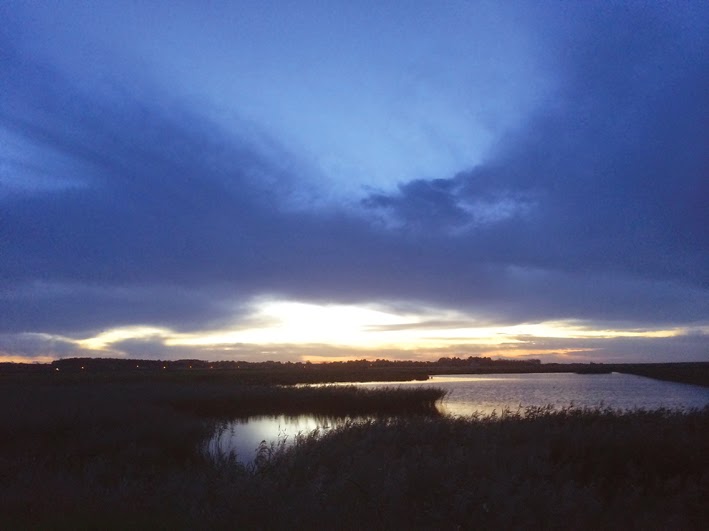 Did some shopping for parent's in Hunstanton, delivered and then returned home to King's Lynn. Spent the evening watching Strictly, X Factor and wrapping presents. Heard a Tawny Owl in my garden, very unusual here!
Posted by Penny Clarke at 23:56