I drove to Holme on Saturday afternoon and picked up mother to visit my father, who wasn't in the best of moods and didn't really welcome us at all. Understandably, his new dosage of Risperidone is still kicking in, so he isn't going to feel exactly brilliant, poor man. He did manage most of his beaker of coffee with me and one chocolate, but shortly before we arrived, he hadn't really eaten much tea. We stayed quite a long time – so hard to cope with seeing him like this and especially difficult for my mother, who constantly feels guilty about 'giving up'. Stopped in Hunstanton on the way back to Holme, to pick up some shopping for mother and then we went to the Indian Restaurant to buy a takeaway and enjoyed a vegetable biryani and nan bread between us, back at Holme.

So, an update from my email issues on Friday: No technical team bothered to phone from TalkTalk on Saturday evening at all, so I rang them at 9.55pm. The lady I spoke to wasn't able to tell me why nobody had phoned me – she spend 43 minutes on the phone with me and didn't solve anything, then cut me off. I waited and waited, presuming she would call back (they have both my mobile and landline numbers), but guess what? She didn't. I phoned TalkTalk AGAIN and this time I was on the phone for even longer, but with someone who spent even longer trying to resolve it – I was told that all the settings as far as TalkTalk were concerned were correct and that it must be an Apple Mail Server issue and that I needed to contact Apple.

So I attempted to log in to 'Apple Chat', but after inputting my serial number as requested for my Macbook Pro, I was told by an automated message, that it wasn't supported any longer (2010 model)!!! So, I got crafty and logged in to say I had an email issue with my iphone 6, just to get talking to them! This worked very nicely indeed and at last I got some assistance. BUT, I was on this chat thing for AGES and long story short, I need to upgrade my OS 10.6.8 Snow Leopard to OS X El Capitan, which is available to download free from the App Store, but, yes another but...... If I upgrade to this, I'm at risk of losing my very, very old version of Adobe Photoshop CS5 Extended Version 12.0 x64 – forums I have read, say that this does not work on OS X E1 Capitan!!! So then I have to upgrade my photoshop, but its all changed now, you can't buy the Adobe Photoshop DVD's in a nice fancy box any more, you have to subscribe to Adobe and pay a monthly fee of £8.57 to have Photoshop and Lightroom. It may sound cheap, but currently I pay nothing. I also havn't backed up my Mac for AGES as 'Time Machine' slows down the entire system. I finished the mac 'chat' as they recommended that I back up my Mac with 'Time Machine', before I installed the new OS version (if I do). I left Time Machine backing up my Mac overnight.

SUNDAY 10th July
Time Machine was still running Sunday morning, which I had expected, there is alot to back up, so I left it running for the rest of the day.

I had to go to work and it was a very hard day, much more so than normally on a Sunday – Louise, Lily and I didn't finish until 5.15pm. When I returned home from work at 5.30pm on Sunday, I walked straight into the living room to look at my Mac. The screen had a big fat message staring at me, which said the following: 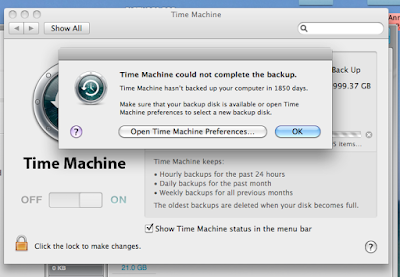 Arrggghhhh!!! I GIVE UP FOR TODAY!

Any Mac Whizz Kids out there PLEASE?

What a day for Sport!!! SO pleased that Andy Murray won his second Wimbledon Final and equally pleased that Portugal won – they fought like warriors and deserved to win. I think France thought it would be a breeze with Ronaldo out so early, how wrong were they!
Posted by Penny Clarke at 23:59