Priceless Letter Written By My Mother In 1967!

I bumped ito Moss Taylor at the Bird Fair on Sunday and he told me that Alan Wood had sadly passed away. I'm pretty sure that Alan used to do some drawings for the NOA Reports in the early days. Friends of Alan's passed on RAR related items to Moss Taylor recently – this included a letter that my mother had written to Alan and his wife Carol in May 1967! Moss kindly said he would send me jpg's of the letter, so here it is. I was rolling with laughter when I read the references to me. This letter has made my week. How fascinating to read that my mother flushed a corncrake at Holme and the retrap of a Cuckoo from a couple of years ago, but the highlight for me was my mother talking about taking me along the promonade at Hunstanton to keep me amused and going on the roundabouts and eating ice-cream's and how much I loved the noise – she then goes on to say that 'she definitely won't be a birdwatcher, or will be very surprised!!' She also mentioned that in their new flat, I was smacked twice for throwing pegs etc out of the window! I was aged 2 at this time!

My sister Lucy was born in the same flat, approximately a year later. My little sister Vivien was born a couple of years later in the house at Holme, where my Mother still lives (was about to say where my parents still live!). 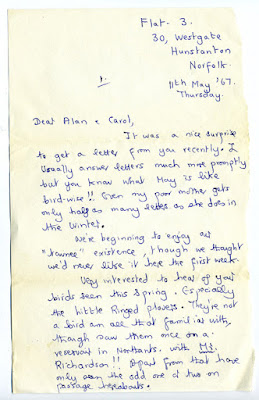 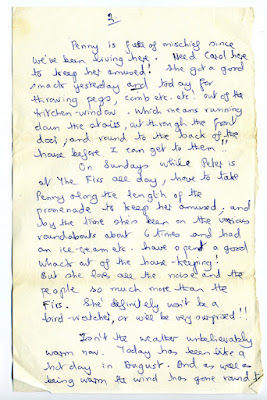 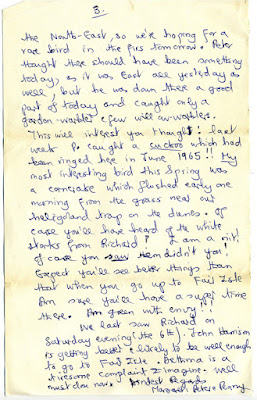