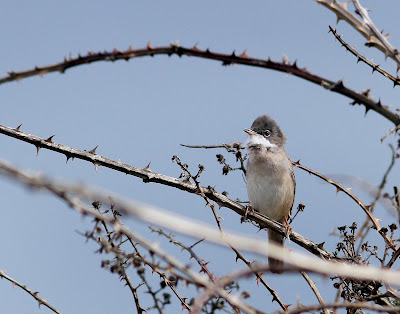 I know I should have been out early this morning with the first southerly winds to hit Norfolk this Spring, but I really had to set Lucy's phone up for her, write down stuff for her and then printed off a 42 page pdf of instructions! Packed up the car and then went to Lucy's – I timed this completely wrong, as she was having her Sunday roast! So I had to wait outside for 20 minutes, whilst the RBA pager was continually bleeping! Handed phone and over and escaped to the coast!

Even though I was late to the party by several hours, I still had an incredible afternoon at Holme! It was obvious there was a huge arrival of birds. Showed my NOA membership card at the payhut and drove to the NOA car park. Note: you now have to book to go to the reserves before 3pm the previous day, as an NWT member or if visiting the beach, but NOA members can still visit dawn until dusk – see info here. 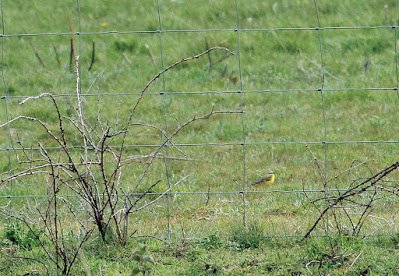 I walked back a short way along the Firs Road, to the where the ponies were grazing and other birders were standing and I watched a stunning Blue-headed Wagtail, 2 Whinchats, at least 8 Wheatears and lots of hirundines hurtling through over the marshes. All these birds were distant though, so no stunning pictures from me! On the opposite side of the road were 2 Ring Ouzels by a hawthorn in the paddock! Whilst here, I was told about an elderly gentleman called Cyril (from East Dene, Sussex) who reads my blog every day – hello Cyril!

Bumped into several birders I know which was lovely, including Cat, Steve W, Jim L. and others, plus some new blog followers. Steve and Sue G. were here and they told me about a Spotted Flycatcher round the back of the Firs House in the dead pines. Meandered round to the pines and with Ian, Cat and others, I watched a wonderful Spotted Flycatcher at the back of the dead pines. Walked to Holme Bird Observatory and sat and had a catch up with Warden, Sophie who had a Convolvulus Hawk-moth on show, which she had reared from a larva! Took a picture of this with my iPhone. Fabulous to see, as not seen one for a long time – father had several over the years in his moth traps in the garden at Holme. Sophie also had some Emperor Moths on show too. Left here and returned to my car. Sat in my deckchair and had some late lunch. Grasshopper reeling. It was now about 4.15pm. 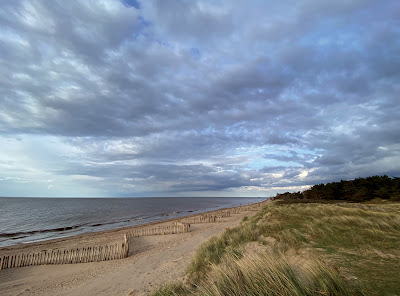 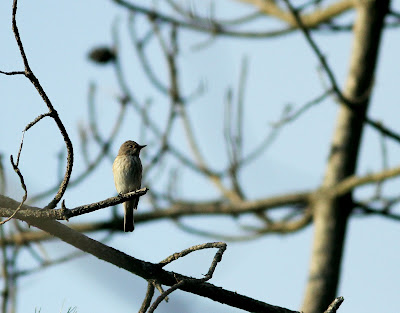 Spotted Flycatcher in the pines behind the observatory 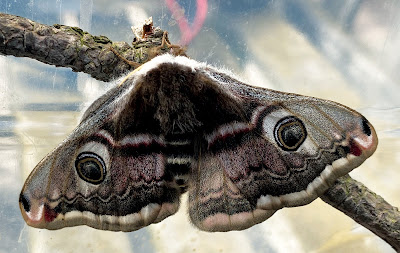 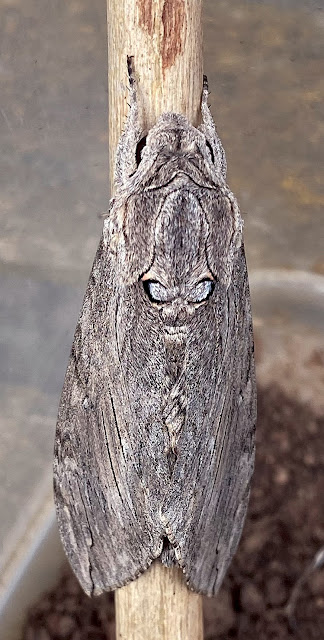 Convolvulus Hawk-moth at Holme NOA
Quick march to the NWT Forestry before the official 5pm closing time! I was hoping to get a bit closer to the Ring Ouzels for some photos, but didn't even see them. A Cuckoo was seen in the Forestry, Sedge Warbler and Common Whitethroat singing, but little else. Hirundines were still flying through continuously. Crossed over onto the Firs Road to where the start of the paddocks are with the cattle and had a lovely walk back to the NOA car park. Several Swifts flew over and there were at least 6 Wheatears in the cattle field and 2 if not 3 Whinchats in the reeds across the other side of the paddock. The skies look ominous and it looked like it was going to pour with rain, but never did in the end. The sun continued to shine. Natterjacks were calling all afternoon, which was magical to hear. 3 Sandwich Terns flew over and I could hear Med Gulls calling. The Blue-headed Wagtail had not been seen for a while and I didn't see it again either. Still lots of Wheatears on the marsh – I estimate probably 16+ in the paddocks at least. Had a coffee by my car. 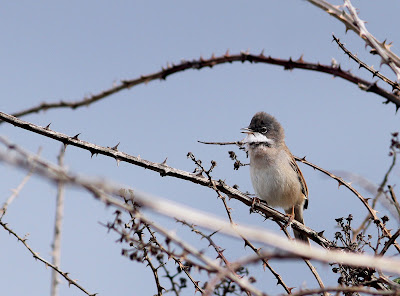 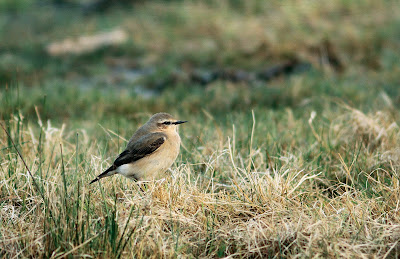 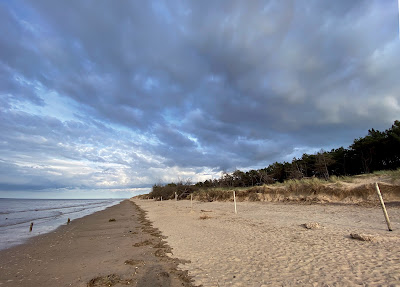 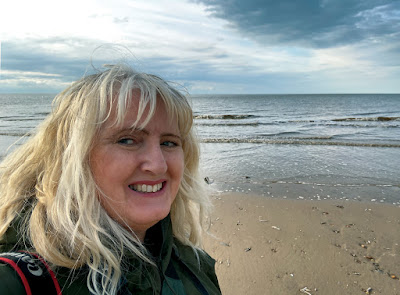 Crossed over the dunes and walked along the beach a little way. It was a very high tide, so beautiful to be there, with almost no one else on the beach either! Walked back along the pines and there were now 2 Spotted Flycatchers in the dead pines, distant though and no good for mint photos. Walked back round to the observatory and sat for a while in remembrance of my parents. Lots of Tufted Duck on the Broadwater, Pochard and a Wigeon I noted. Returned to my car and headed back along the Firs Road to the village car park. There was a Whimbrel feeding at the back of the grassy area! Plus a Herring Gull, 2 Mallards and some Wood Pigeons. I don't know where the reported Turtle Doves were, but it was too late in the day anyway. Early morning is generally best for purring Turtle Doves! It was gone 8pm when I left. 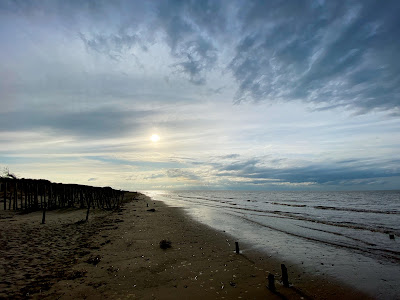