Cley and the BEE-EATER! 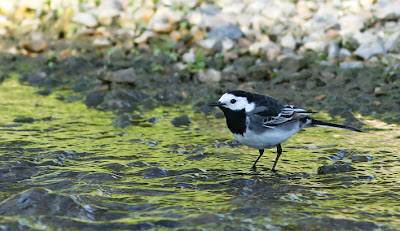 
Writing this post a day late is not ideal as I can't remember too much, apart from the fact that I missed out on seeing my favourite bird! Yep a Bee-eater!

Phoned my mother on route (hands free) who told me I was wasting my team walking Blakeney Point and that I ought to be searching round the back lanes for a Rosefinch – 'there will be one today' she said. Moments after we finished our conversation news bleeped through on the pager of a Male Common Rosefinch at Weybourne, singing at 8am!!! Her predictions are nearly always right to the day!

I had a quick look in Walsey Hills first just in case it held any Rosefinches (last one I saw was in here). Whizzed up to Weybourne where I passed J. Furse who looked glum and informed me that he and several other people had searched and found nothing.

Went to Kelling Water Meadows to look for it there (Pete S. joined me part way along). The only good thing here was a wonderful Water Vole in the drain at the beginning of the track. It disappeared too quickly for photos though. 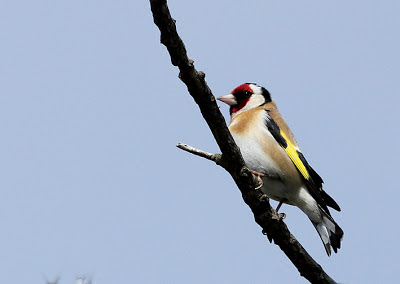 Had a social meet up and lunch with others at the Cley NWT Visitor Centre and then we had to leave fairly sharply to view a Pectoral Sandpiper, which had been spotted on the Serpentine off East Bank. We found nothing when we got there and then Pete discovered the text message he received about this bird had come through a whole day late!!!! The message was for yesterday! Oh well, there was a nice Wood Sandpiper here, which I photographed and also a Wall Butterfly. 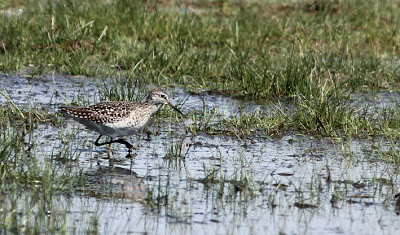 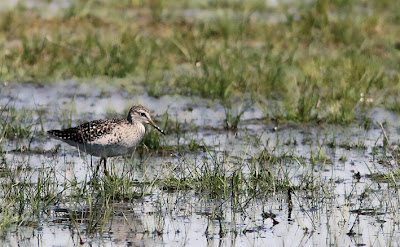 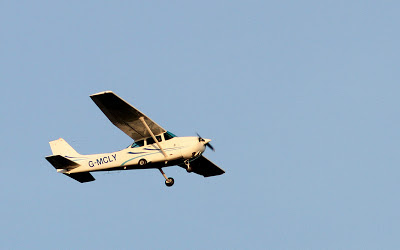 This should not have been flying low over Cley NWT!!!

At Walsey Hills NOA, two Common Buzzards came soaring over west which I managed to photograph. Another Wall Brown was found by the round bales on the top path. John F. left to go to Salthouse and Pete left to go home. 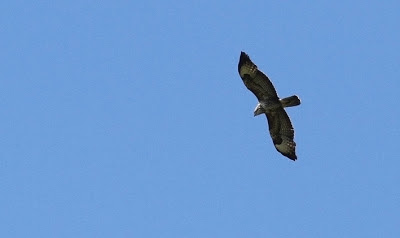 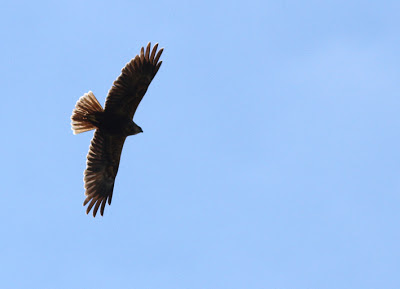 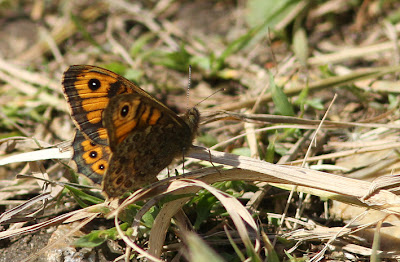 
I went to Coastguards and packed up my bag and was going for a mad walk out to Blakeney Point. As I slammed the boot shut the pager bleeped up with "Norfolk, BEE-EATER, Salthouse north of A149 3.55-4pm then flew west". Nooooooooo!!!!!!! The message came out at 4.09pm. I was in a state of panic, phoned a friend to see if they had any more info. Scanned the wires along Beach Road. Got in car and drove through Cley - big mistake that was, the traffic was heaving! Carried on anyway and looked at all the wires and swifts on route. At 'The House on the Hill' my heart started pounding as I thought I had the B.E. on a wire and after pulling the car into someone's drive, it turned out to be a chaffinch – how can a bl**dy chaffinch look like a bee-eater I ask you! – imagination etc and I wanted it to be a Bee-eater! I drove as far as Morston and then back to Cley and to the Sewage works where the last one was. I am not the only person to have done this either. My dreams of seeing this bird had evaporated and I felt massive low and fed-up. So frustrating when you are a minute away from one of the most spectacular, heart lifting birds you could see on a sunny day. Had a text from Stuart W. who had driven through Salthouse at that time included the word boll*cks which summed it up perfectly – I was saying the same thing and more! John F. said he would have just been leaving Gramborough when it was there, Pete had driven past it and also Pete H. was at Walsey. So many other people too were no more than a couple of minutes away. So sad it didn't stay with the swifts, just that little bit longer and that would have not only made my day, but my holiday. I mean who wants to see a Savi's Warbler when you can see a Bee-eater! Blakeney Point was now scrapped. I went to Glandford Ford and photographed a Pied Wagtail and Grey Wagtail and then left to sit on the East Bank to sulk! It got worse when a message then came through for Night Heron flying west over Kelling Heath. I guessed right when I said someone who had missed the bee-eater had gone up to Kelling to view all the wires etc and then got lucky for the Night Heron – congratulations to Pete H. who strolled along the East Bank later and told me! 2 Common Sandpipers were seen here, but no sign of the Wood Sandpiper this evening. Lots of Shelducks, Redshanks and few Bearded Tits. Compared to a Bee-eater though it was all cr*p. I was inconsolable.

Day was messed up all round, so thought I might as well continue and wasted time looking for the Night Heron at dusk. Got home seriously late. Not a good day at all. 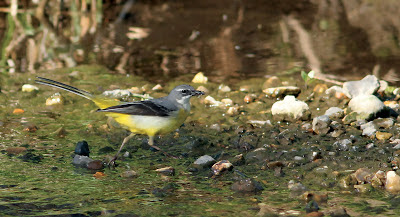 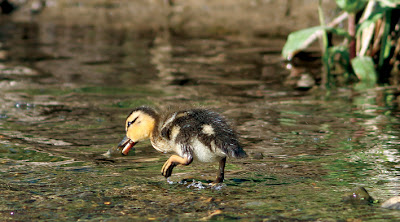