After only a few hours sleep the night before and twelve hours birding yesterday, I wasn't ready for an early start or any start at all to be honest! When I finally did wake up, I spent a long time writing up yesterday's blog and editing and adding pictures.
With a big fall of Ring Ouzels reported in the dunes at Waxham late afternoon and an earlier male Pied Flycatcher at Upper Sheringham, I decided there must be something locally, so went to Hardwick Cemetery in search for migrants. I heard a 'chacking' type call and got excited – OK, so it wasn't a Ring Ouzel, but a Fieldfare! This was not expected! It was sitting at the top of a very tall tree with mistle toe, in the north cemetery. I tried for ages to get a good picture of this bird, but failed miserably. Other birds seen were several Blackbirds collecting food, male Blackcap, Robin, Wren and a few Wood Pigeons. 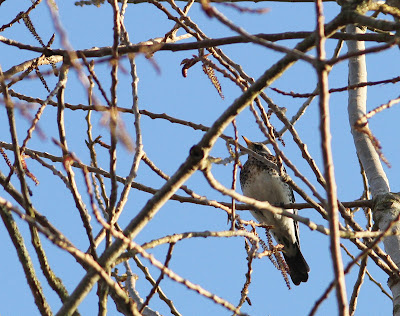 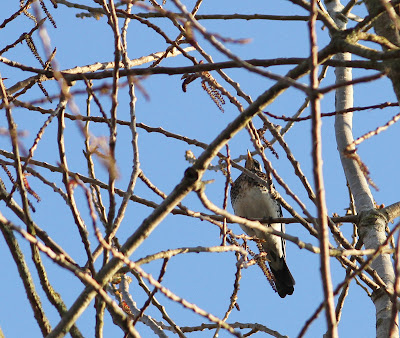 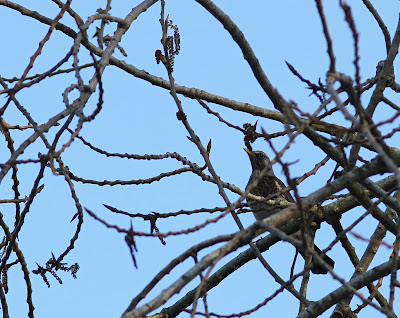 Fieldfare in the North side of Hardwick Cemetery, King's Lynn 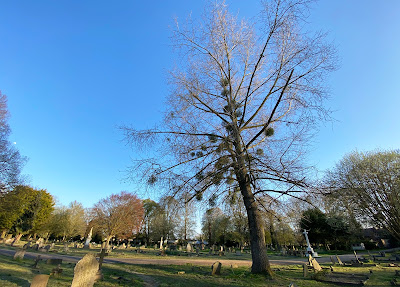 The Fieldfare was at the very top of this tree! 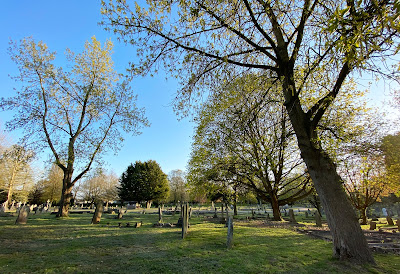 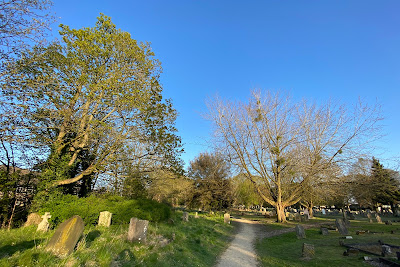 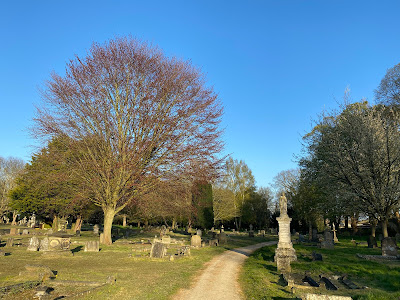 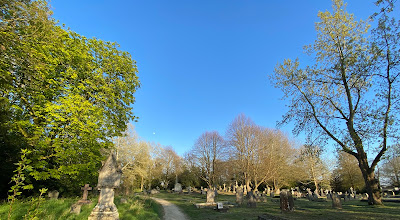 In the south Cemetery (opposite side of the road) I found a Song Thrush sitting in a tree, more Blackbirds and Goldfinches. There were several cute bunnies running around and just as I was leaving a black one appeared! Of course the black bunny would not pose by daffodils or on some nice green grass, but at the base of a hedge, but at least I got a picture. 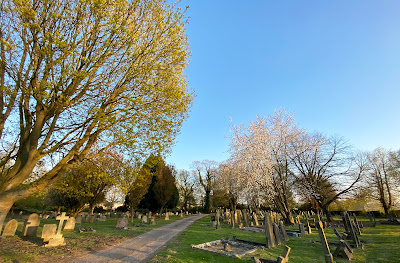 South side of Hardwick Cemetery 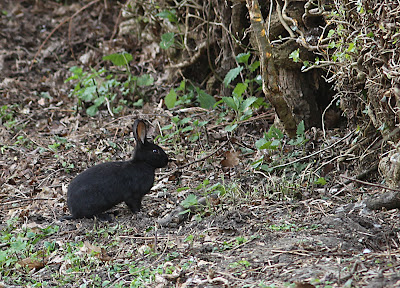 Cute Bunny in the south side of Hardwick Cemetery

Daffodils in the south side of Hardwick Cemetery

The Fisherfleet and the docks produced lots of Herring Gulls, Redshanks and Mallards. Lynn Point itself, produced nothing of note at all, but did cover my entire car in lovely white dust from the track! I was hoping the paddocks at the far end might produce some Ring Ouzels, but no luck with that. There's always tomorrow!